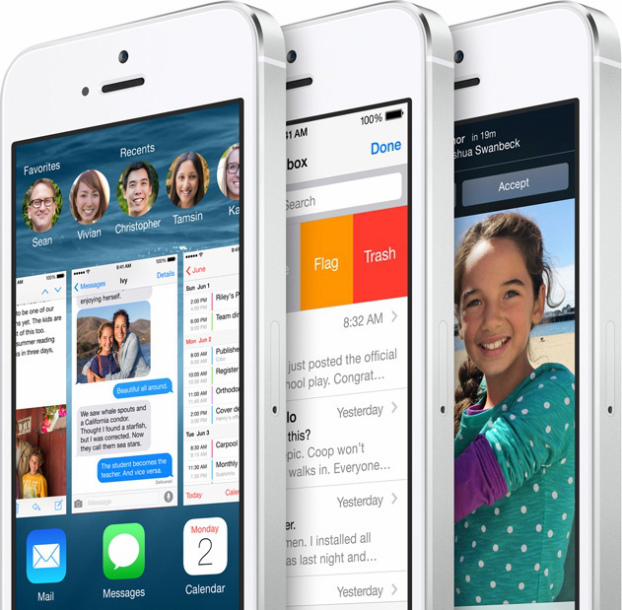 In one of the biggest overhaul of Apple operating system, iOS 8 features a range of new Apps and improved functions that may make your old iPhone feel like new. The all new iOS is designed to make big screen iPhone 6 and iPhone 6 Plus more intuitive and easy on hands. However, notifications update, upgrade in message and photos and easy ways to share data is something both old and new iPhone users are going to appreciate. Join us as we dig deep into Apple’s newest operating system iOS 8 features to find out where it stands against Android.

How to Upgrade to iOS 8: Step by Step Guide

Notifications in new iOS 8 no longer force you to stop your current app in order to get back to them. Thanks to upgraded notifications interface now your text back, respond to call without closing your running app. The one swipe notification center of iOS 7 is looks more de-cluttered in iOS 8, it also gives opportunity to third party developer to build their own notification wizards. 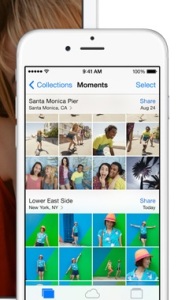 Apple has reduced the steps to edit and share photographs on iOS 8 and further added new browsing options for easy searching. iOS users can now edit and share their photos right from the photo album and it groups your photo as per time and place.

The new iOS 8 message app lets you send your videos the instant you record it, it lets you record voice messages by taping the home button and even let you mute a contact. That means you can avoid annoying people from contact list without letting them know. 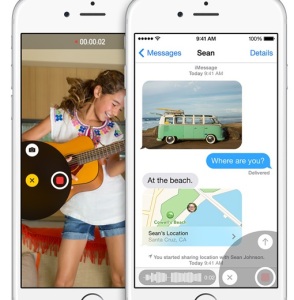 At last, apple understood that when you are writing on such a small touch screen you’d appreciate all the help you can get. iOS 8 has access to third party keyboards and multiple language settings and now a small screen will suggest you frequently used words while typing. The function works pretty much like famous writing App swift key that has change the way people write on smartphones. 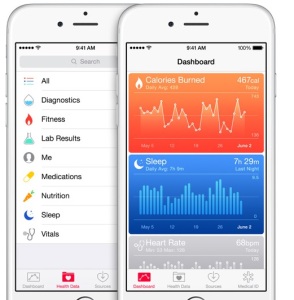 With its interactive health Apps onboard Apple has got serious about monitoring user’s health and fitness level. Health Kit app communicate with your other iOS  fitness apps to track your daily activities like exercise, sleep, diet and let you share your health data with other medicinal apps like WebMD. You can also add your medical ID and put in information related to allergies and other conditions. All this information can be accessible from your lock screen.

With Ok Google and Microsoft’s Cortana mastering the art of voice assistance Apple had a big task on his hands to improve Siri and compete with both rivals. Now the updated version of Siri not only set a reminder or show weather reports it updates your status message on Facebook, send a tweet or email etc.

But despite so many improvements here Apple falls short of expectation. Sure, the electronic major give us an improvised version of Siri in new iOS 8 but it is still not as good as Cortana that is way ahead of Siri in terms of multitasking. 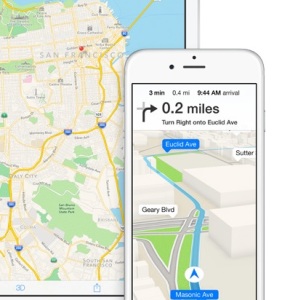 Apple’s Map app if often in news for wrong reasons but this time the Cupertino tech major has redesigned its Map app “from the ground up (and the sky down)” in its own words. Apple Maps now shows street name and direction even in full zoom and have real time traffic updates. All that if you ditch much polished Google Maps for Apple.

Dictation is Apple’s answer to some of the OK Google features; this function takes advantage of Voice command and converts your speech into texts. Dictation sounds cool on paper but we will have to see how accurately it performs in action. 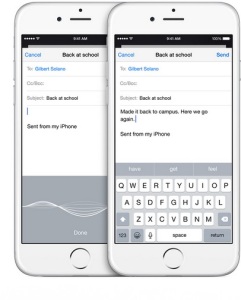 Apple says that it has been working with Car manufacturer to integrate Siri into your cars Voice control system. This feature will take information from Siri without lighting up the iPhone screen and cars users will be able to control Siri via the voice control button on their steering wheel. Moreover, Siri will be able to perfom most of its actions like call people, text, read notifications etc without having you gaze the screen.

iOS 8 is Apple’s most flexible operating system yet and with access to iCloud, Touch ID, notification center and many more new developments Apple is hoping to see a big change in App Store.