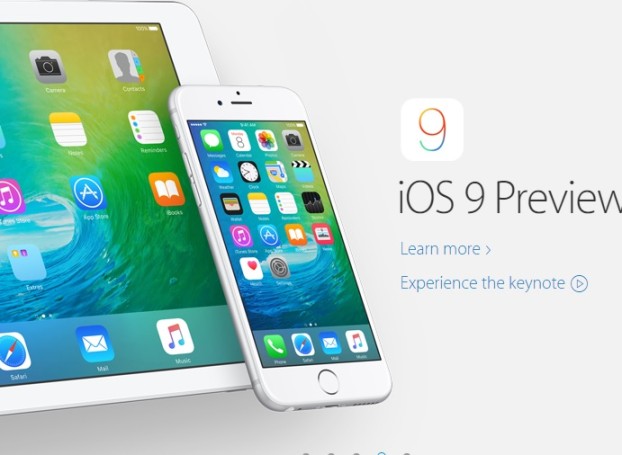 Apple today unveiled iOS 9 the next generation operating system for iPhone and iPad. In a nutshell, multitasking feature on iPad and iPhone and added intelligence in Siri and new News app are biggest highlight of the new iOS. Not to forget, iOS 9 brings various fundamental improvements to apps that we use every day. Lets know more about these new and upgraded apps that will be coming to your iPhone and iPad this fall 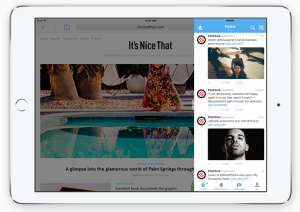 Multitasking:
Apple users can now make most of big screens of iPad, iPhone 6 and iPhone 6 Plus with Mutitasking feature that will debut with iOS 9. Multitasking allows you to use two apps at the same time on one screen. Watch a video while designing a project or work on 2 sheets at the same time. Moreover, split view on iPad Air 2 keeps two apps active at the same time. Pretty nifty huh…
Apple News:
News is a new addition to Apple’s home apps that will pop on your home screen with iOS 9 upgrade. News shows you articles on variety of subjects from sources across the world. News takes cues from the articles you read and automatically shows you related content next time you log in.
“News also combines the rich and immersive design found in print with the interactivity of digital media, letting you enjoy stunningly crafted articles just how the publisher intended.”

Wallet:
As Apple Pay making big wave in just few months of its launch the company decided to integrate payment into already existing Passbook app and give it a more suitable title ‘Wallet’. The app sports all the feature of passbook and now even saves your plastic money details for mobile payment purpose.

CarPlay:
New upgrade lets Apple’s car assistance service go cordless if you car supports Wi-Fi. CarPlay is now integrated with your car’s local apps that can be operated via CarPlay. More command power under one umbrella. 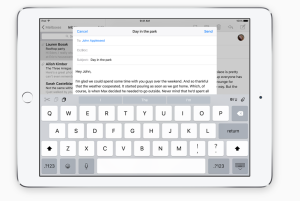 QuickType:
iOS 9 adds tons of feature to your virtual keyboard and in case you use a separate keyboard with iPad be ready to see some surprises there too. Apple has added multipurpose shortcut bar and editing tools to keyboard that stir up the whole virtual writing experience. 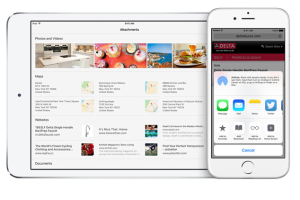 Improved Note:
Probably one of the most used home app ‘Note’ has received some major upgrade in next iOS. In addition to jotting down your thoughts and ideas now you can draw a sketch, check mark to do list; insert pictures and maps into notes

Maps:
Now Maps is accompanied by two new features ‘Transit’ and ‘Nearby’. As you may have guessed by the names Transit give you customize information about local public transport like subway, bullet trains and metros in selected cities. On the other hand when you type an address for Maps it will automatically suggest you Shops, Restaurants and other places to hang out and visit while you are there. 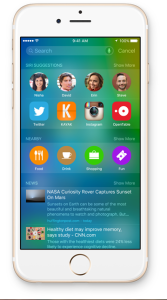 More Intelligent Siri:
Improved search feature in Siri now lets you search a wide range of topics from your iPhone and even search through your apps. Now search window shows a screen that displays Siri suggestion for relevant contact, places nearby, suggest apps and news.