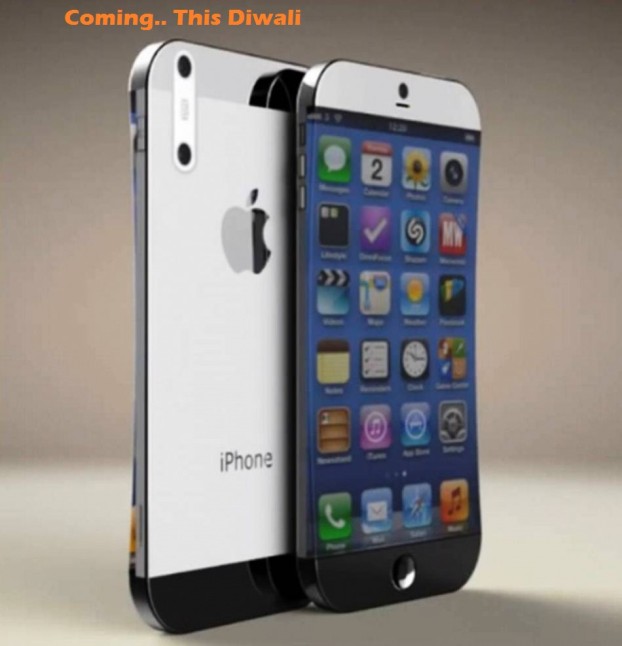 Apple lovers in India can mark November 1 on their calendar as colorful iPhone 5c and pricey iPhone 5S are making their debut on the day. Apple has chosen one of the most celebrated festivals Diwali to launch its latest iPhones in the Indian Market. The vibrant iPhone 5c will be available at the price of Rs 42,000 and big on security iPhone 5S will be priced at Rs 54,000 for the sale.

If you are looking forward to buy the new iPhone and don’t have an Apple store in your area, you can also find the new iDevices in local Airtel and Reliance stores. The major network providers Bharti Airtel and Reliance Communications have said that they will make the new iPhone models available in their stores. Airtel has also started taking pre-orders for both the iPhones in its stores and online.

Apple is hoping to lure new customers with the less priced iPhone 5C, which had a record sell in China. Although unlike China no network provider is offering new iPhones with cheaper data plans with contract which might hurt the sale for Apple.

Apple is looking to create its magic in India but it faces a tough competition with arch rival Samsung which has recently launched its Galaxy Note 3 in the market. The new iPhone 5c 16 GB version will come for Rs 42,000 while Samsung’s flagship phone Galaxy S4 32 GB version has almost similar price in India.

Over the years Apple has built its name in the country but it still fails to make its smartphones available to Indian population at a fare price. The same Apple 16 GB iPhone 5C costs about $549 (around Rs 34,700) without contract in US while iPhone 5S comes at $649(around Rs 41,000). When we look at the difference the Indian public is still paying more for iPhone 5C compare to their US counterparts.

Some justify it as just the price that Indian buyers will have to pay for a Made in California iPhone but others fail to agree. However, the Indian populations who have traveled to US continue to choose iPhone over Android smartphones. As Indian appetite for better and pricier smartphone is growing we hope that iPhone 5C and 5S will receive better reception this time.