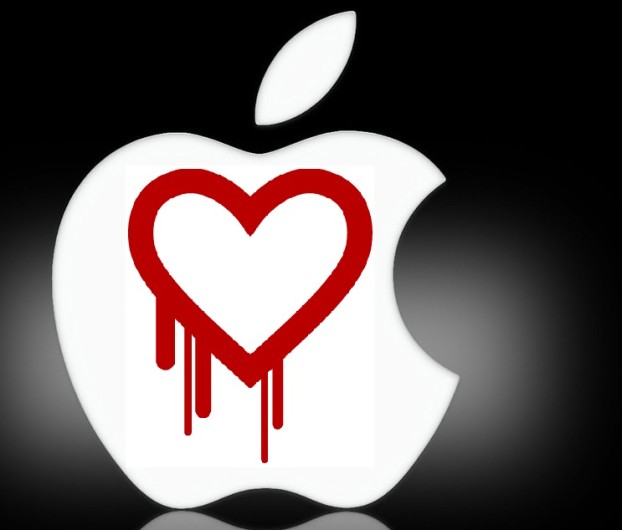 Earlier when Heartbleed Bug created a chaotic situation on the web Apple assured its users that the Core Apps of Apple are not affected by the deadly bug. But now we have learned that apple users were not safe from Heartbleed attack due to the vulnerability in some of Apple hardwares like AirPort Extreme and Airport Extream Time Capsule Base Station with 802.11 ac.

Apple released firmware update 7.7.3 on April 22 that fixes the vulnerable patches related to open SSL vulnerability that is widely known as Heartbleed Bug.

Apple stated in its support forum “An out-of-bounds read issue existed in the OpenSSL library when handling TLS heartbeat extension packets. An attacker in a privileged network position could obtain information from process memory.

This issue was addressed through additional bounds checking. Only AirPort Extreme and AirPort Time Capsule base stations with 802.11ac are affected, and only if they have Back to My Mac or Send Diagnostics enabled. Other AirPort base stations are not impacted by this issue.”


The Open SSL vulnerability that was exposed in early April affected millions of web users across the world. Many popular apps and websites confessed that they have patched the severe bug that can reveal username, passwords and other private information of web users.

Thousands of Android users who were using a device running on 4.2.2 Jelly Bean also patched the Heartbleed Bug but Google has fixed the problem.

Apple has confirmed that core App of the company have not patched the bug but considering the fact that many use same password for many accounts changing passwords for your apps would be a good idea.

Those using AirPort Extreme or AirPort Time Capsule base stations with 802.11ac on IOS or Mac should upgrade their Firmware to 7.7.3 by downloading the Airport utility from http://www.apple.com/support/downloads/