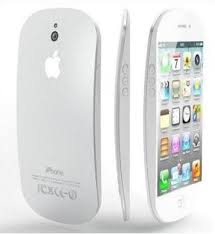 A lot has already been said about the features and the looks of the upcoming iPhone 6, but all the bits we have got so far can conveniently put under the tag of ‘rumours’. However, as Apple’s World Wide Developers Conference is nearing rumours related to iPhone 6 are gaining momentum.

The latest news about the successor of iPhone 5S suggests that the device is going to do away with Apple’s traditional flat display and will feature a curved display with rounded edges.

According to a report from a Japanese blog Macotakara, the display of iPhone 6 will be more like the display of Samsung Galaxy S 3. The new design is expected to be very similar to the iPhone bumper built by the Japanese manufacturer Squair.

The display and the size of the iPhone 6 have been the biggest points in the rumours related to the upcoming iDevice.

Earlier reports suggested that the Apple is going to introduce an unbreakable display screen made with sapphire.

According to an earlier report, the upcoming iPhone 6 is going to be bigger than the iPhone 5S.

This is not all, it is also being rumoured that Apple is going to once again release two iPhones in one shot. One device is expected to be a 4.7 incher whereas the costlier one will be of 5.5 inch.

Apart from the size, the resolution of the screen is also said to be taking a big change in the upcoming iPhone 6 handsets.

Nikkei reports that the suppliers of the LCD panels for Apple will start the production soon in order the make the new iPhone debut as early as this September.

The iPhone 6 is expected to come in two display sizes: 4.7-inch with 1334×750 and 5.5-inches with 1920 x 1080 pixels of resolution. Both models are expected to be powered by Apple’s latest and powerful A8 processor, 1GB of RAM. The device will obviously have the Touch ID which was introduced with iPhone 5S. Slimmer metal casings and support for NFC are also on the cards.