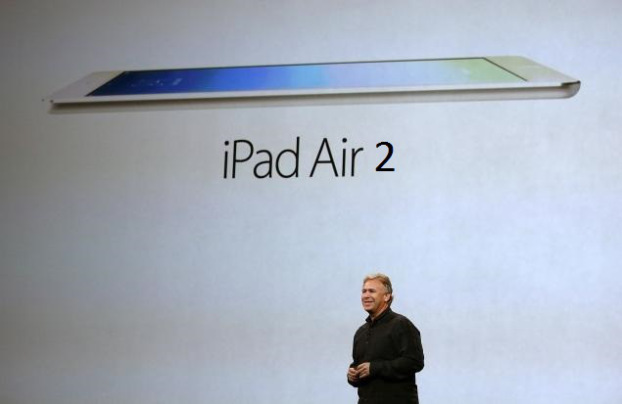 Apple has announced its two new tablets, iPad Air 2 and iPad mini 3. The two devices will be available in 29 countries from the next week but India has not been included in the list.

The iPad Air 2 and iPad mini 3 are expected to arrive in the Indian market mid- or late-November with price of Rs 35,900 and Rs 28,900 respectively.

The iPad Air 2 is dubbed as the thinnest iPad so far with a thickness of just 6.1 mm which is thinner than a pencil. 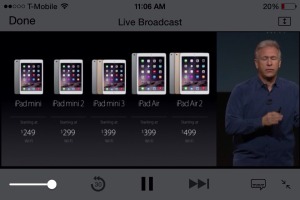 The successor of iPad Air has got a 9.7-inch with a resolution of 2048×1536 pixel at a pixel density of 264 ppi. However, to make the display impressive and clear for the eyes of a user, Apple has introduced an anti-reflection coating on the screen that reduces reflections on the screen by 56%.

Apple has powered the iPad Air 2 by its most powerful processor, A8X SoC, with architecture of 64-bit computing. The A8X processor is supported by M8 motion co-processor.

The Cupertino-based tech giant has, for the first time, introduced its Touch ID sensor in an iPad as the iPad Air 2 comes with Touch ID fingerprint reader. The feature was first introduced in iPhone 5S and the latest iPhone 6 and iPhone 6 Plus also come with this security feature.

The shooting section of the iPad Air has got an 8 megapixel iSight camera on its back and a 1.2 megapixel at the front. Talking about the camera, Schiller said, “The iPad is the best viewfinder for composing your photos and videos.”

The other product from the Apple corridors is the successor of iPad mini 2 – iPad mini 3. This smaller tablet has a screen size of 7.9 inch with the same resolution of iPad Air 2. The pixel density of the iPad mini 3 is 326 ppi.

The iPad mini 2 is powered by Apple’s A8 chipset which is assisted by M7 motion co-processor. The devices are going to be available in 16, 64 and 128 GB versions.

The cameras of the iPad mini 2 are just like its predecessor as the rear camera is of 5 megapixel and the front camera is of 1.2 megapixel. 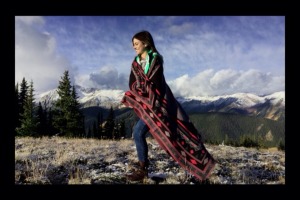 Both the tablets are going to run Apple’s latest iOS 8 operating system out of the box.