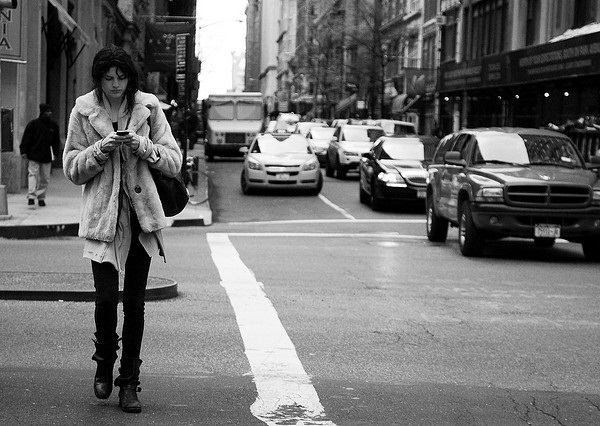 Apple’s attention to small details is well known and the new transparent texting technology patent by the Cupertino giant is another example of its perceptive. A new Apple patents shows that the company is planning to introduce a technology that make texting a little safer for those who walk n text at the same time.

Although most of us are aware of the risk walking while texting could bring it is a fairly common practice among many smartphone users so Apple is coming to the rescue.

According to the transparent texting patent “An electronic communication device’s camera can continuously capture and present video images as a background within a text messaging session currently being displayed by the device.

The camera can be a rear-facing camera on the device, so that the video images represent the views that the device’s user would see if the device’s display were transparent.”

In layman’s term if you are texting while walking this technology will use phone’s rear camera and change your texting background into rear camera view. So you can see your path and avoid bumping into trees, poles or whatever is in your path ahead.

“The background within the text messaging session can continuously be a live and current video image of the view seen by the camera at any given moment. Consequently, the device’s user is less likely to collide with or stumble over an object while participating in a text messaging session. “The Apple patent application further explains.

You can also chose your text bubbles to be opaque or semi transparent so you don’t loss the camera view feed while typing.  The patent application was filled by Apple back in 2012 and it was recently spotted by Apple Insider on USPTO website.