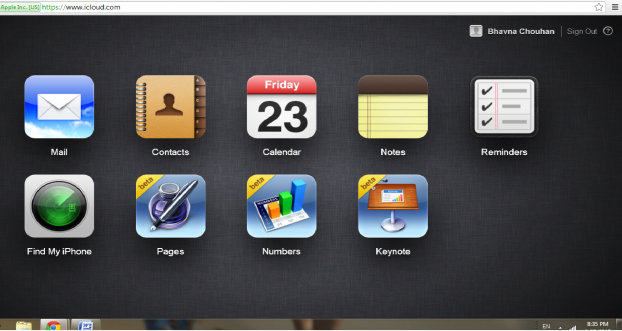 After weeks of limited access preview Apple has finally opened iWork on iCloud for public on Friday.  Now anyone with an apple ID can get access iWork beta and use Apple’s Pages, Numbers and Keynote. With iWork Apple is trying to compete in the cloud market that is dominated by Google and Microsoft. Although Apple’s attempt to provide online work solution for Cloud is commendable the company still lacks the edge to compete with its rivals on this platform.

iWork for iCloud applications support various latest browsers including Chrome, Internet Explorer and Safari which is widely used by Apple owners. I tried it on my windows PC and it is really neat. This tools for iCloud works as good as its iOS version which was originally designed for mac.

The applications on iWork for cloud run as efficiently as the mac version except some limitations. For example when you make certain changes in an original file via cloud they might not be visible on other copies of the file. However it’s a beta version and hopefully Apple will correct these small flaws before launching the commercial version of iWork. Apple has confirmed that the consumer version of iWork will be coming this fall.

The company has not yet revealed whether iWork is going to be available for free or it is going to charge for it. If Apple will make it paid an application they will be in for some serious competition against Google and Microsoft who already have established work solutions for Cloud users.

Another area where Apple trail behind it opponents is the storage space on Cloud which is limited compared to Google and Microsoft. Although Apple has designed a simple and effective office tools for Cloud establishing iWork is not going to be an easy job for the company.