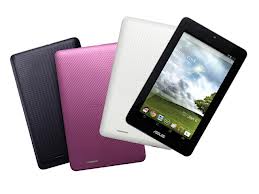 The 7 inch budget tablet market was crowded with mediocre products until Google launched its ambitious tablet Nexus 7. Following the footsteps of Google other big names of technology world chipped in to benefit from this booming trend. ASUS MeMo pad is one of those products which have a big brand name attached to them. ASUS has been known for its quality products but does its budget venture MeMO Pad has the ability to give a competition to other economic tablets?  Join us as we try to find out.

Similar to other budget 7 inch tablet the ASUS MeMO Pad also has a sleek design and smooth finish. The tablet weighs 358 which is little higher than its competitors from Google and Acer. Despite its plastic body MeMo Pad looks firm and sturdy enough handle daily wear and tear. IT is available in three color options; black, white and pink.

The ASUS MeMo pad runs on the smart Jelly Bean 4.1.1 which is not the very latest android version but it is the best android we have seen. Considering the fact that Jelly Bean 4.2 is still facing some issues sticking to the older version is actually a wise choice.

We can clearly see the signs of cutbacks in the single core 1 GHz processor that powers the machine. While ARM Mali-400 Graphic unit handles the multimedia functions in the device. A slow processor and a slower graphic support this section of ASUS MeMo Pad has slow performance written all over it. 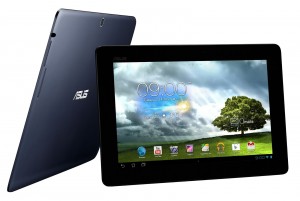 Usually it hard to find a captivating display in budget tablets but ASUS MeMo pad has tried to change that with its 177 ppi display density.  Thanks to its 1024X600 pixels display pictures look sharp and colors of images and videos do not look saturated. Although it is nothing close to the display in high end tablets it is probably the best you have got in budget tablets.

MeMo Pad has an ordinary 1 mega pixel rear facing camera and no front facing camera. But this is something you will have to accept while buying a budget tablet. Although the tablet has poor quality camera we have seen worse cameras in its other competitor models.

ASUS has definitely surprised us with its new entry. Its solid built, good display and average performance make it a good find in the budget tablet market. But its extra features also come with an added cost as the tablet costs dearer than many of its rivals. The tablet is available at the starting price of $US 149.