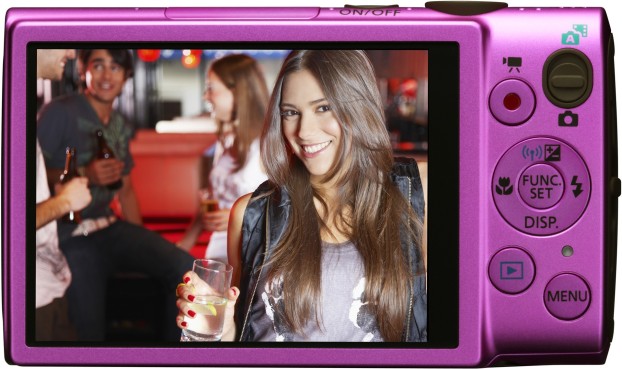 We have seen a lot of noticeable camera entries in last few weeks but it’s the latest ultra compact model from camera giant Canon has taken the market by the storm. This stunning little piece from Canon called Canon Ixus 255 HS has 10X zoom and high picture quality of 12.1 megapixels.The model is the successor of Canon’s previously popular ultra slim model named Canon Ixus 220. While the latest Ixus share a lot of similarities with the older version it has added features like higher shooting speed, Wi-Fi support and more intuitive design.

The chic ultra compact Canon has a lot of features to like starting with its small body that fits easily into pocket. The camera is equipped with latest technology that lets you share photos and videos wirelessly.

The 10X optical zoom lens has a wide range of (24-240mm) which gives you a lot of room to play with. The zoom will give you good quality landscape shots and close up in good light conditions. It has several effect modes that you can apply to your image. Various face detection mode like, smile, wink detection and red eye corrector come handy while clicking timely photographs.

Despite its powerful sensor the indoor images clicked by the camera without flash looks a little grainy. So it would be wise to use the built in flash while shooting indoor even in bright light. The camera has slightly slower speed than its arch rivals from Sony Cybershot and Panasonic.

Canon is one company that knows to meet the demand and Canon Ixus 255 is an example of just that. Apart from few negligible downsides the latest ultra compact model of Canon is a real deal. The model has a starting price of 193 Euros in UK. Canon has released Ixus 255 in some part of the world and it is expect to hit the market of other regions pretty soon.