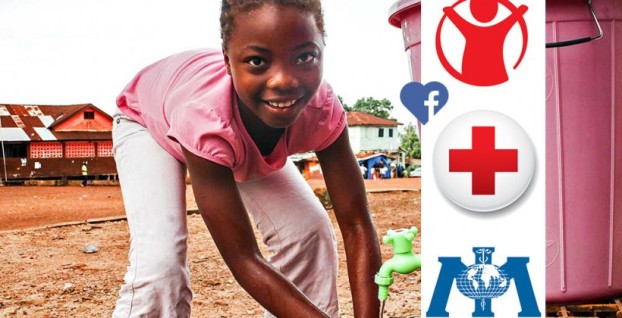 The social networking giant Facebook has come out to help the international agencies working to tackle the deadly Ebola virus, which killed over 5000 people in west Africa. Facebook has introduced a new button on its users’ profile, clicking on which Facebook account holders will be able to donate money for people affected by the deadly disease.
The CEO of the social media company Mark Zuckerberg announced the launch of a charity button called ‘Donate’ on his personal profile urging the users to go ahead with the charity cause so agencies indulged in eradicating Ebola virus can get some financial boost.

Zuckerberg at the same time brought down some Internet troll which were just raising there heads. Hours after Facebook launched the ‘ Donate’ button, a Spanish Facebook user hit back at its CEO questioning his intentions.

The man with username Pepe Pepe Pepe made a comment saying, “Facebook is giving everyone the ability to donate, but how much is Facebook donating? … this seems just marketing to me one more time.”
However, the triple Pepe must have got shock of his life when Zuckerberg personally replied on his post saying, “I personally donated $25m and Facebook is spending millions more on providing internet connectivity in the affected regions.” Zuckerberg last month pledged $25m to fight the deadly Ebola virus.

Apart from the new charity button and the $25 million donation from the CEO himself, Facebook is going to install 100 satellite communication terminals to help improve internet connectivity in the worst affected areas like Liberia, Sierra Leona and Guinea.

Elaborating on the initiative Zuckerberg wrote on his timeline

– We’re sharing information on Facebook, in partnership with UNICEF, to help people in the affected and nearby countries prevent, detect and treat Ebola.

– We’ll soon be highlighting the work of some of the non-profits leading the fight on the ground, and giving everyone on Facebook the ability to donate directly.

Facebook has partnered with top organization fighting Ebola epidemic and the donation money from Facebook will go to International Medical Corps, the International Federation of Red Cross, Red Crescent Societies, and Save the Children.