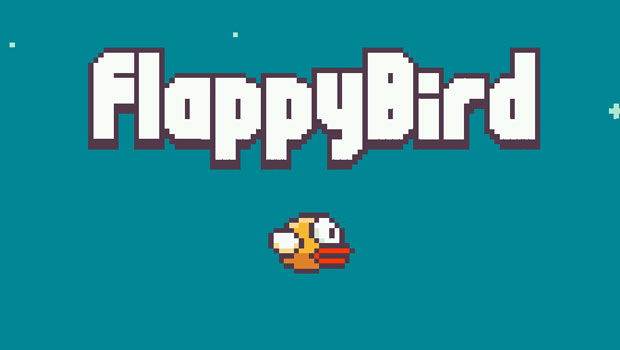 Flappy Bird a simple birdy game which went viral in a zippy and later taken out by the creator will return to Google Play Store and Apple App Store in future. Creator of Flappy Bird took out the game claiming that the success of the game ruined his simple life.

In early early February Dong announced on Twitter that he will take out Flapyy Bird for App Store and Google Play Store after 22 hours.The news spread like a wildfire and the game was downloaded for over 50 million times before it disappeared from both Apple and Android app stores.

According to Dong the birdy game that top the chart on App stores was minting $50,000 a day through ads. The game was also surrounded with controversies as many developers accused Dong for copying their idea for creating Flappy Bird.

However Dong did not mention anything about the controversies while taking off the game and simply announced that his personal life is taking a toll because of the success of his game. 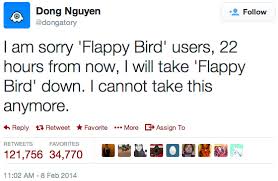 Although the game was unavailable on both major mobile platform it was still available for download on Windows Phones. Fake versions of the game were all over the web and smartphone with Floppy Bird installed were going for thousand dollars on e bay.

Various merchandise sporting Flappy Bird also started selling on e stores but it remained unclear whether the game will make a comeback until Dong said so. However there is no certain time frame as to when exactly Flappy Bird will return but the comeback assurance alone is making quite a buzz online.