A new patent filled by Samsung in the Korean patent company KIPRIS reveals that Samsung has patent some unique one hand functions for big screen smartphones. Sammobile reports that the patent could be a part of Samsung upcoming flagship model Galaxy S5.

The pictures posted by the Samsung fan portal indicates that the new patent allow the users to choose a spot on the phone which is convenient to click with one hand.

As per the images users will have the choice to choose specific place for every application on their phone. Notifications, contacts, calls and favorite apps could be arranged in users favorable screen space. The new patent seems like a smart move for a big screen smartphone but will it be a part of Galaxy S5 or is it still a work in progress is unclear as of now.

Another major change in the Samsung technology may come in the Samsung’s own music player software that might get a whole new look pretty soon. Another leaked picture of a new Music Integration posted by Sammobile shows that Samsung has incorporated social media in its new Music Player. 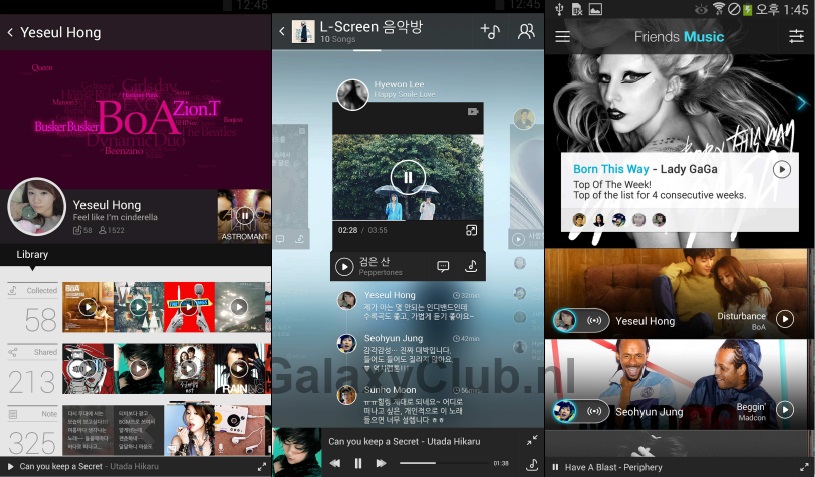 The word Friends Music in the above image speaks a volume about how Samsung is planning to make its device more social media friendly.

The company has been long criticized for focusing on hardware improvement but ignoring the development of its software, applications and wizards. By the looks of the above futuristic functions perhaps Samsung has prepared to answer its critics.