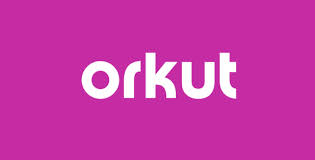 India’s first social network craze Orkut that took a hit due to Facebook’s popularity in the country is now officially dead as Google has finally decided to close its first Social network. Google launched this social networking site back in 2004 and it became an obsession among netizens in India in year 2006 but surprisingly the network never gained popularity in US.

Although, many people from countries like Brazil and India still remained loyal users of Orkut until Facebook took over the spot in 2010. But as more and more people moved to Facebook which was already a rage in US by 2010 the number of Orkut users in India began to shrink drastically. It was only a matter of time before Google will close the door on Orkut and it seems that time has finally come.

The Engineering Director of Orkut Paulo Golgher announced in his blog post that Google has decided to close Orkut after over 10 years of its existence.

Golgher says “Over the past decade, YouTube, Blogger and Google+ have taken off, with communities springing up in every corner of the world. Because the growth of these communities has outpaced Orkut’s growth, we’ve decided to bid Orkut farewell (or, tchau). We’ll be focusing our energy and resources on making these other social platforms as amazing as possible for everyone who uses them.

Although, now it wouldn’t be possible to create a new Orkut account the existing users will still be able to operate their account until Sep 2016. If you want to transfer your photos or any important information from Orkut profile you can use Google’s free transfer service named Google Takeout that will allow you to transfer data to your Google+ account.