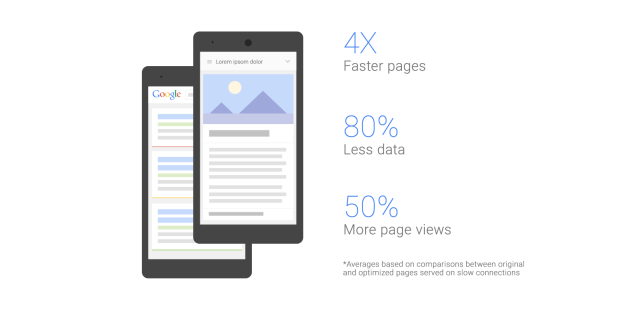 Do you use your mobile data to browse internet and always feel a seed of anger growing in your head because of the ‘loading’ status?

Google has finally thought about the Indian mobile users’ problem and realized that as the internet speed being provided by the Indian mobile service providers is quite low to load many of the web pages on smartphones, the search engine giant has to come to the rescue.

To make things easy for over 200 million mobile internet users in India, Google has decided to introduce light web pages so they can load faster and don’t take much of your expensive mobile data.

“We’re exploring some new ways to speed things up. In two weeks, we’ll start to roll out a new feature which we hope will do just that. If you’re in India, with an Android phone and on a slow connection, like 2G, you should start to see pages loading a whole lot faster, while using far less data, via your Chrome or Android browser from Google’s search results,” Hiroto Tokusei, Google’s Product Manager stated in a blog post.

Google has already conducted some field tests with its new pages in Indonesia and according to the company, these pages load four times faster with 80 percent less data usage than earlier.

“Traffic to webpages increased by more than 50 percent. Of course, if you’d prefer to see the original page, you can choose that option at the top of your page,” Google posted.

This is not the first time an internet giant has come out to work towards giving more speed and less mobile data usage. Late last month, Facebook launched its new Facebook Lite service that suppresses the size of the pictures, videos and other data posted on Facebook so the expensive data and time can be saved for millions of mobile internet users.