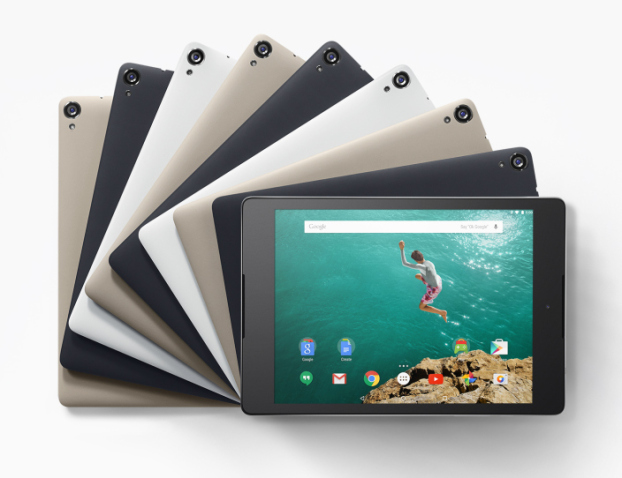 Google Nexus 9 is the first device to be available with the latest Android 5.0 Lollipop but if you are expecting the same low budget and average specs you are in for a surprise. Google Nexus 7 tablet was hitting all the right notes, compatible 7” size, power of latest Android, good specs and bang on budget but Google think otherwise. Whether you like it or not Google has discontinued the all affordable and adorable Nexus 7 tablet and replaced it with a new Nexus 9 which is high on specs and price.

The message is clear Google is breaking up Nexus brand’s “on budget good spec” image to be in the lead with Apple’s iPad and other Android tablet majors.

To raise the bar Google ditched old partner ASUS and joined hands with HTC to make new Nexus 9 tablet. The new Nexus 9 definitely has the HTC prints on it, its BoomSound speaker, solid display and aluminum rims give just enough hints about the manufacture’s attention to details. But as we all know Nexus 9 is more about Google and its eagerness to showcase latest Android Lollipop in action let get to it.

Let’s face it the biggest advantage of Nexus devices is the first hand latest Android experience and that’s what makes Nexus 9 most appealing to Android fan boys. Amongst all the fresh features of new Android 5.0 the one that stands out the most is the Material Design

The all new Android OS works like a charm on Google’s new tablet and compliments the slightly refreshed look of Nexus 9.

If you are fancying HTC’s M8 like beautiful aluminum unibody design in Nexus 9 the tablet might seem a little bit of disappointment to you. Pass that and Nexus 9 is a good looking tablet that has shunned the old boring plastic body to don furnished soft grip back, subtle curves and almost Apple iPad like design. Although Nexus 6 is on a bulkier side and can’t break up from older Nexus counterparts (that Google may have done on purpose)

Although most staple HTC features are missing in Nexus 9 luckily Boom Sound speakers make it to the new tablet which might please music and multimedia lovers. Not that they sound bad but if you have used HTC M8 before you may notice that the front speakers on Nexus 9 as not as good as the ones on HTC’s flagship smartphone.

Google has upgraded the old 1080p display as Nexus 9 boast much brighter QXGA IPS LCD display of 2048 x 1536 pixels on into a 4:3 aspect ratio on the tablet’s 8.9 inch screen. Not that we ever complained about Nexus 7’s 1080p display but the new improved display may be one thing that explains the $300 price tag.

Google has paired best set of hardware to go along with its most impressive OS ever. HTC has put in 2.3 GHz Nvidia Tegra K1 processor that may sound like a lower case to you but it’s a killer with 192-core Kepler GPU.  Thanks to 64 bit chip processor multitasking works pretty smoothly whether you are working, watching movies or playing on your Nexus 9. The device comes in 16 and 32 GB variant but there is no microSD slot for expandable memory options.

The splendid combination of right hardware and software is what make this new Google tablet an experience that Android lovers will enjoy. Google packs powerful specs paired with good design element the Nexus 9 is missing that extra oomph factor to call it one of a kind.