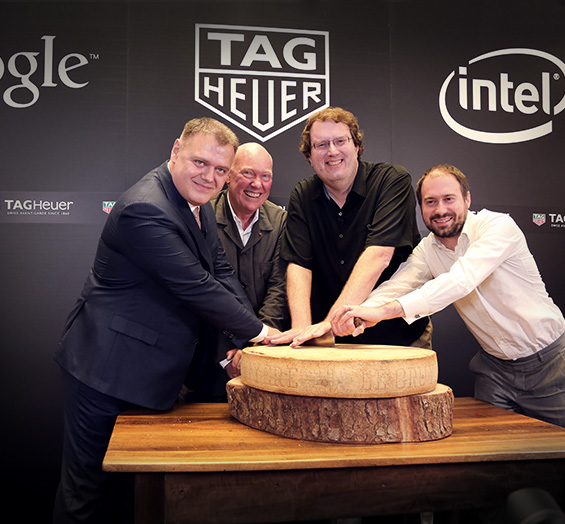 Apple Watch may be the first smartwatch to introduce luxury model with five figure price tag but Android soon wish to join in club by partnering with TAG Heuer. Google has joined hands with the luxury Swiss watchmaker TAG Heuer and hardware giant Intel to produce an opulence smartwatch competitor for Apple Watch.

The marriage of both software and hardware major with the world’s renowned Swiss Luxury Watch may have come as a surprise but the partnership could be just the push Android Wear needed. Although, wearable market is still very young and palpable the recent riot of Android Wear and arrival of Apple Watch may kick a massive growth into this raw sector this year.

While speaking at a press conference about the collaboration Tag Heuer CEO Jean Claude Biver displayed great enthusiasm about the new initiative.

“Swiss watchmaking and Silicon Valley is a marriage of technological innovation with watchmaking credibility. Our collaboration provides a rich host of synergies, forming a win-win partnership, and the potential for our three companies is enormous,” said Jean Claud Biver.

Android Wear Engineering Chief David Singleton also noted “we’re thrilled to be working with TAG Heuer and Intel to bring a unique blend of emotion and innovation to the luxury market. Together, and using the Android Wear platform, we can imagine a better, beautiful, smarter watch.” And the last line hints on a possibility of something different on the horizon.

Off course, Android Wear, Intel and TAG Heuer are expected to take software, hardware and design responsibilities respectively no details have been disclosed as of now. But if we go by the statements of both Android Wear and Intel representatives at the event it appears that we might also see improvements in the software design as well.

Its notable that regular TAG Heuer watches range from $1500 to up to $100,000 but the price range of upcoming Android Wear powered luxury watches has not been revealed as of now.