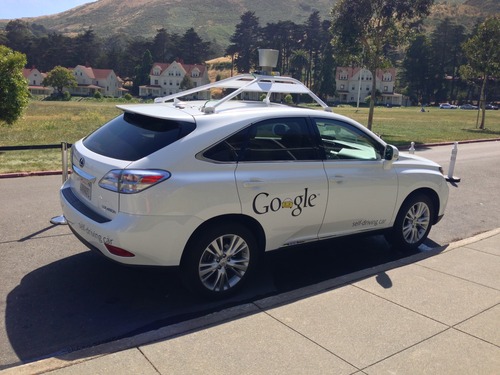 Google’s self driving cars are not so perfect after all, as the tech giant on Monday acknowledged that the cars had been in 11 minor accidents over the period of 6 years. Since 2009 self driving cars have been circling streets of California and Navada logging total 1.7 miles so far but this is the first time when Google has openly accepted mistakes during testing of these cars.

Chris Urmson, the leader of Google’s self driving car project reveled in a blog post that all 11 in 6 years were trivial and no major damage was recorded. Urmson specifically stressed that “not once was the self-driving car the cause of the accident.”

Further explaining the nature of accidents Urmson says “we’ve been hit from behind seven times, mainly at traffic lights but also on the freeway. We’ve also been side-swiped a couple of times and hit by a car rolling through a stop sign.”

“And as you might expect, we see more accidents per mile driven on city streets than on freeways; we were hit 8 times in many fewer miles of city driving.” Urmson Added.

From Google’s point of view most incidents involving the software driven car seem to be other driver’s fault or calculating errors. But Urmson says that these crashes helped Google learn a great deal about how drivers function on freeways and neighborhood streets.
It’s notable that Google’s self driving cars are not driver less not at this stage at least.

A designated safety driver always sits behind the wheels and let the car do the driving by itself but is always keen to take control if something goes wrong.