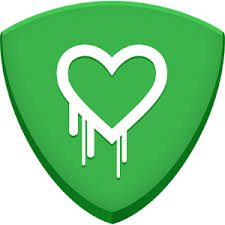 The deadly Internet security bug, Heart Bleed Bug, which has put millions of Web users across the world under the fear of getting their Internet security passwords, credit card information and other crucial security details, has arrived in the Indian web space also.

Confirming the same, Computer Emergency Response Team of India (CERT-In), the nodal agency that looks after security-related issues of the nation’s Internet domain, has said that the Heart Bleed Bug can compromise personal data and passwords of a user working from the Indian cyber space.

The Cyber security agency has also termed the threat of Heart Bleed Bug ‘high’ and said that all the unprotected devices with Internet access are prone to the bug attack.

Search giant Google has also admitted that a number of its services have also been hit by the Heart Bleed Bug but the company also promised the quick fix for its affected services.


As Google products are also in the Heart Bleed hit list, the maximum number of people going to be affected by the bug, are the Andorid users. However, much to the relief of Android users a famous mobile security company has developed and released an app that will tell you if your Android OS is vulnerable to Heart Bleed Bug.

The app, Heartbleed Detector, first checks the version of OpenSSL version running on to your smartphone or tablet and then it tells you whether your device is affected or not.


The app is available for download on the Google Play store and the testimonies over the page show that it is working nicely for people who are already under the fear of deadly Heart Bleed Bug.

People should also remember that the Heartbleed Detector is going to help you in detect the bug and its attack in your device but will not fix the bug all by itself.

5 Ways to Protect Your Device From Deadly Heart Bleed Bug

But if noting works you will have to wait until Google sends you the patch for the vulnerability.