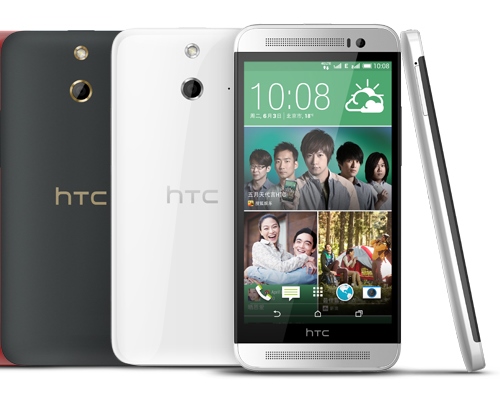 HTC has finally read the low budget market right with its new HTC One E8 smartphone that has many features of its flagship One M8 in a plastic body. The Taiwanese company proudly announced on Chinese social network Weibo that it sold 50,000 units of its new model within 15 minutes of its launch.

The smartphone is currently only available in China but with HTC sharing the One E8 success story online we hope to see the popular midranger in global market very soon. HTC One E8 gives serious competition to Samsung’s flagship Galaxy S 5 that has similar features and a plastic body.

HTC One E8 has the same Snapdragon 801 2.3 GHz processor as its flagship model One M8 along with 2 GB RAM and 16 GB internal memory and micro SD slot for memory expansion. The new smartphone also runs on latest Android 4.4 KitKat with Sense 6 layer on the top.

Unlike the dual Ultra Pixels camera in HTC One M8 the cheaper HTC One E8 sports 13 megapixels rear camera and comes with 5 megapixels camera in the front that makes E8 to have one of the best camera in low budget smartphone segment.

The smartphone also sport the same 2600 mAh battery like M8 and also comes in dual sim option. HTC one E8 is available in four color options Polar White, Electric Crimson, Maldives Blue and Misty Gray. HTC One E8 costs 2,799 Yuan in china which translates to around $449 in US currency which is still much lesser than the other android flagship smartphone.

HTC has not yet revealed any plans to launch to smartphone in India but it will probably be in the 20-25K club when it will arrive in India. If HTC can pitch this low budget model with attractive price  the Taiwanese company has good chance to revamp HTC’s market value in India.