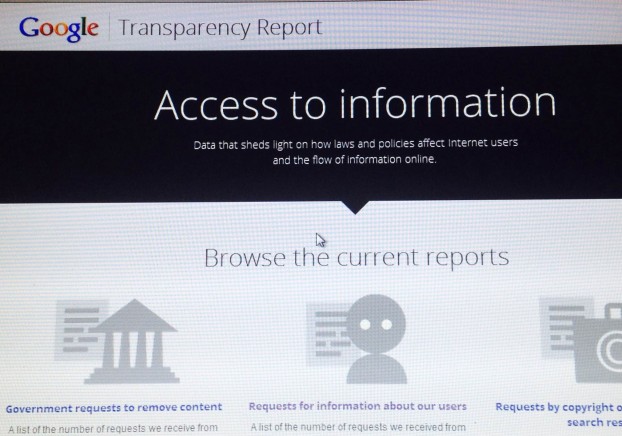 The recent Google transparency report indicates that data request from Government around the world have a dramatic increase since last year. Following its now 3 year tradition Google Inc released its half yearly transparency report that says it is bombarded with government request for sharing private data and account details of their users.

The report says that Google have received total 25,879 user data requests from law enforcement around the world. While the number for user account specifications is much higher and totals 42,500.

Google Inc was the first company to release the transparency report 3 years ago later other major social websites like Yahoo and Facebook and Microsoft started sharing their data with public as well. Although these social network majors also want to release specific details of government queries US government is opposing the idea.

Recently US’s top national newspaper revealed that National Security Agency of US is secretly monitoring the data of Google, Yahoo and other major social sites without their knowledge.

The report created a rage around web majors and they all come together to demand more co-operations from government spy agencies. On the other hand US government is not ready to be more transparent and says that it needs to maintain secrecy to control terrorism.

Since Google is the most popular search engine in the world and a lot of action happen online these days it has become a prime source of information and clues for Government. That’s not all, Google also owns a lot of social services like, gmail, google plus, orkut and most popular video streaming website you tube which are useful for security agencies.

However Google is also being picky about these overwhelming government requests and responding to much less request than previous year. This year Google responded to total 65% inquiries which is 2% fall  from last year.