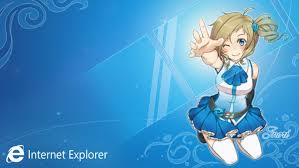 Inori Aizawa, the animated girl is a mascot for Internet explorer 11, she wears short skirt, fights robots and of- course surf web with Internet Explorer.

The girl has curly blond hairs, blue eyes and wears a sexy short blue skirt in new Internet Explore commercials.  In one of the weirdest marketing strategy Microsoft is going all in to portray this ANIME Inori Aizawa as a cool and edgy Internet Explorer girl.

A Singapore based company CACANi has created this animated spokeswoman for Microsoft who is going to give her debut video speech in Asia’s Anime Festival which will take place in Singapore next week. Needless to say that Microsoft is going to launch its new Internet Explorer 11 for Windows 7 at the same time. 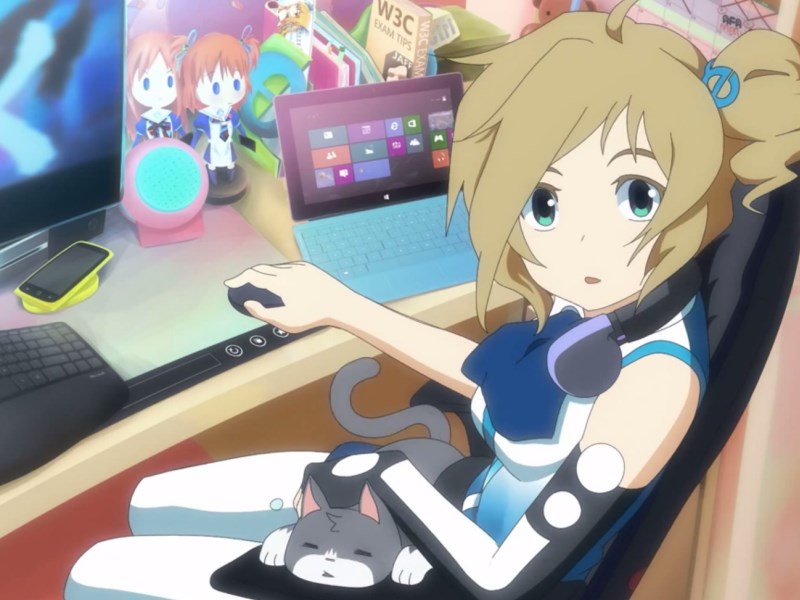 In an effort to make this IE girl real Microsoft has also created a Facebook account for Inori Aizawa which talks a lot about her persona. Inori’s facebook page says

Hey everyone! My name is Inori and you can think of me as a personification of Internet Explorer.

When I was younger, I used to be a clumsy, slow, and awkward girl. However, just like the story of ugly duckling, people told me that I have really matured and changed over the years.

I feel confident in my abilities now, and I’m eager to show you what I can do. Why don’t you get to know me a little better?

Microsoft has posted various pictures of Inory showing off Microsoft’s gadgets and surfing the web, Of course with Internet Explorer. The company has profiled the girl as an 18 year old who likes to Surf the Internet and like mint flavored Ice Cream. Like most animated figures she has superhuman ability and could smash internet Robots with her powerful fist.

The animated girl might help Internet Explorer 11 to get much needed attention but we are afraid that Microsoft would need much more than a pretty face to get loyal IE users. Especially, when people have better options in Google’s Chrome and Mozilla’s Firefox which are much safer and faster browsers compare to veteran Internet Explorer.