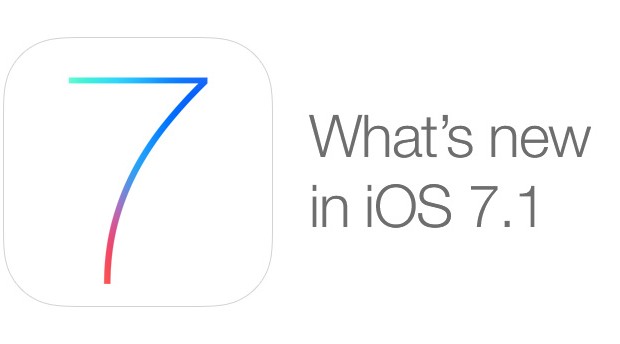 As expected, Apple Inc has finally released the much awaited major updated of its mobile operating system iOS 7. Tech pundits were predicting the release somewhere in the middle of March, but the Cupertino based tech giant made it quite early from the predicted schedule.

The iOS 7.1 is now available for download for all the Apple devices that can run iOS 7. The new update has come a long way of beta testing and had five pre-Golden Master builds before being released for Apple fans.

The new firmware brings lot many bug fixes and improvements to the iOS 7 which saw six minor updates and stopped iOS 7.0.6 some days ago. The iOS 7.1 comes with an exciting new feature CarPlay which was shown at the recent Geneva Motor Show.


The firmware iOS 7.1 is available over the air (OTA) and also via iTunes. If you own an iOS 7 supported iDevices and want to updated it via iTunes then here are the download links

The firmware update is right now really new and cannot be reviewed on every device very fast as it takes a lot of time to check all the aspects of it. We will be coming up shortly with qualities and drawbacks of the iOS 7.1, so till then update your iDevices and help us in getting authentic reviews about the new mobile operating system.