Rumors about Ironman powered Galaxy Edge S6 and other Samsung flagships have been out in the wild for so long and now its finally official. Apparently, Samsung is taking its association with marvels to another level by launching a special Iron Man Galaxy S6 Edge edition pretty soon. The Korean electronics giant made the Iron Man S6 Edge official on Samsung Electronic’s twitter account by posting a picture of its box.

The tweet revealed nothing about the launch date of the special edition device but stated that its availability will vary as per location. The last bit gives away a hint that the Iron Man Galaxy S6 Edge will be available in multiple locations. 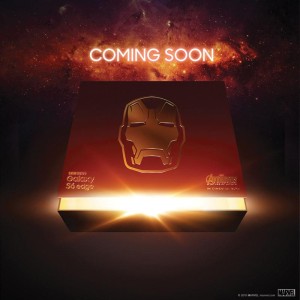 Usually, special edition smartphones are only available in few locations so we will have to wait and watch how many countries will be lucky enough to get their hands on the Iron man marked Samsung.


From extended trailers for Tab users to Samsung store appearance in “Avengers: The Age of Ultron” both Samsung and Marvels had a good run this year. And now the announcement of Iron Man powered Edge 6 may make Marvel fans greedy for more superhero character editions. However, Samsung has not disclosed any such plans as of now.

Although, there is no official word on launch date of Iron Man galaxy edition should arrive while Age of Ultron fad is fresh. Price of the special Iron Man edition Galaxy S6 edge is not known yet but let’s face it Marvels and Samsung all in one box won’t come cheap.