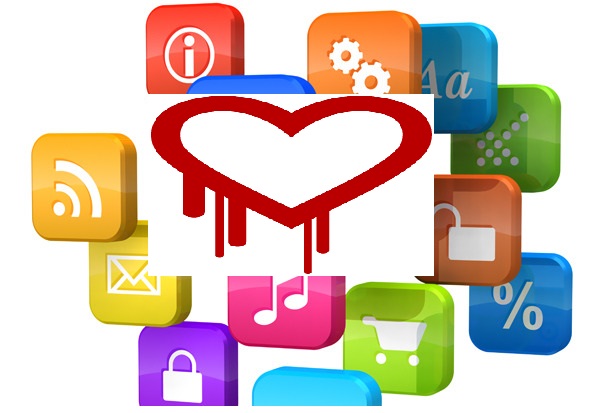 The Cyber Threat Heart Bleed Bug affected dozens Apps on all mobile platform Android, iOS and Windows alike. Since most of the Apps use the same server as their corresponding website version they immediately patched the bug when their websites did.

While App makers are working on the fixes it’s really important to know where the danger lies. We have prepared a list of apps for all three mobile operating systems that are under the scanner for patching the deadly Heart Bleed Bug.

But before we get to the list it is important to know that you should immediately change passwords of the Apps that have received a patch. Changing Password before the problem gets fixed is not advised as your new password could also be exposed.

It’s important to know that according to Google over 100 Million Android devices that are running on the Android 4.1.1 have patched the Heart Bleed Bug. So If you have an Android running the faulty operating system be extra cautious as bug can be more dreadful for Android 4.1.1 users.

Android users who are using in App service should consider changing their password because Heart Bleed Bug could expose their credit card details. Apple and Windows need not worry as the severe bug did not affect the servers of these two operating systems.

Please note that only key Apps of iOS and Windows are not affected but third party apps like BBM messenger could have patched Heart Bleed Bug. So it is important to change passwords of the Apps that have received patches.


BlackBerry OS is not affected from the bug but BBM for other OS like iOS, Android and WP8 has received some patches of Heart Bleed Bug. BlackBerry is working on the fix and promises to release it in couple of days.