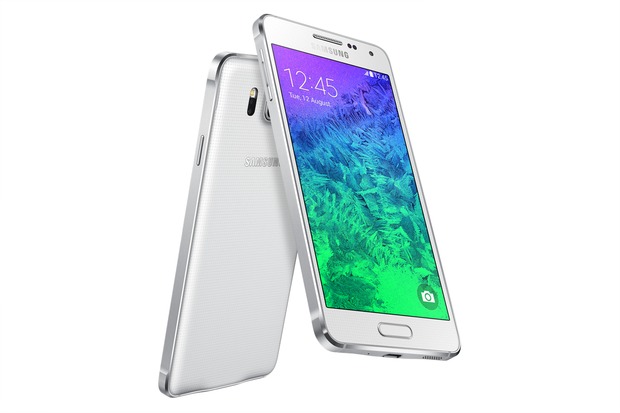 Samsung is starting a whole new chapter in Smartphone with its all metal line up Galaxy Alpha that goes on sell in coming weeks. After weeks of rumors about the metallic body Galaxy model the Korean electronic major has formally announced the new Galaxy Alpha series.

The 4.7 inch Galaxy Alpha model is smaller in size and has sleeker body (only 6.7 mm thick) compare to top two Samsung flagships Galaxy S5 and Note 3. Samsung has played down on features as Galaxy Alpha comes with a 1280X720p resolution display, 12 Megapixels primary camera with HDR live and octa core or quad core processor(vary geographically).

Although the smartphone has metallic built its soft back cover provide better grip. Despite its metallic build Samsung design team has done a nice job keeping Galaxy Alpha the lightest Galaxy model that weighs only 115 gms.

With smaller size than Galaxy S5 and edge to edge metal body the smartphone looks somewhat similar to iPhone 5s but Alpha has comparatively bigger screen.

The device is supported by 1860 mAh battery which is relatively low but with lesser display resolution than Galaxy S5 and power saving mode on board it might not be a problem. Moreover, Alpha’s battery is detachable so you can always carry an extra load of battery if required.

Earlier it was suspected that Samsung’s metallic model will be a new flagship line up but the mediocre spec graph of Galaxy Alpha reflects that probably Samsung is not ready to call it a flagship yet.

Samsung is going to release the Galaxy Alpha in UK this September but the company has not announced price details of the same. The Korean company has revealed no information regarding its plan to launch Alpha in other major countries.