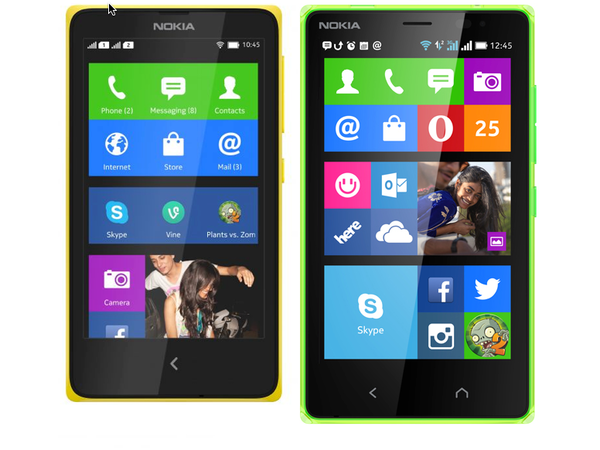 Nokia’s first attempt to merge Android and Windows Nokia X may have gone bad but Microsoft is not done with Nokia- Android experiment as it announces new Nokia X2. The new Android based Nokia X2 is an improvised version of Nokia X which was Nokia’s first Smartphone to run on Android Open Source Project that allows Windows based Nokia to run Android Apps.

Nokia X2 is a dual sim model that has Nokia’s built and design and amalgamation of Windows and Android in its operating system. The smartphone features 4.3 inch Clear black 480X800 WVGA display covered with scratch resistance glass and double tap wake up feature.
Nokia X2 has 5 megapixels rear camera with LED flash and autofocus along with a VGA front camera. The new Nokia X2 runs on an improvised version of AOSP which is based on Android Jelly Bean 4.3. The device is powered by 1.2 GHz dual core Qualcomm Snapdragon 200 processor that is coupled with 1 GB RAM and 4 GB internal memory.

The Smartphone also has a micro SD slot that supports up to 32 GB memory. Microsoft is also offering 7 GB of free cloud storage with the Smartphone. The spec rundown makes it clear that Nokia X2 is going to be another Moto E rival that has almost similar specs as Motorola budget bomb but comes with Nokia bones.
In the connectivity segment Nokia X2 supports 3G and 2G networks and also features bluetooth and Wi-Fi. Nokia X2 is available at €99 (roughly 8,118 rupees) in selected European countries where it will go on sale from today. Microsoft has not announced Nokia X2 launch date for India.