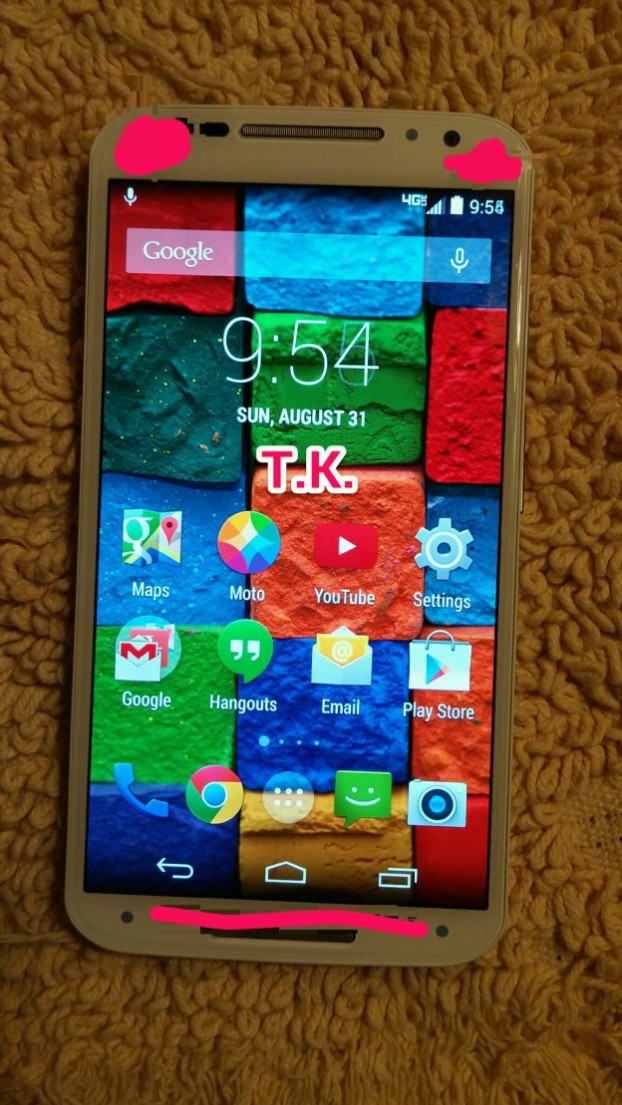 ​​As the launch date of Moto X+1 is nearing updates related to the successor of Moto X are gathering momentum. Motorola is going take the wraps off its all new Moto X+1 during an event on September 5, but how the device will look like is already showcased in a leaked video.

​A video leaked by TK Technews, shows the device’s back panel in wooden texture and colours. However, the bigger attraction is the Motorola place just below the rear-facing camera. The logo is not something which we saw in Motorola’s earlier device like Moto G and Moto X, however, it is going to be a power button same as what LG G3 is coming with.

​Another shocker from Motorola in the Moto X+1 is also available on the backside of the smartphone and that is the absence of the flash light.

If you are thinking that how can Motorola do this to you, calm down a bit. The company has come up with a new technology where the flash light is inbuilt in the camera itself and will no longer be an extra component.

Flipping the device to its front, we can see the real colour bright display which looks little bigger than Moto X. At the same time we see a special app called Moto on the home screen. We are not sure yet what this app is about.

There is one more improvement Moto X+1 has got and it is inspired by HTC. On the line of HTC One smartphone, Moto X+1 is also going to have dual speaker so the music emitting from your smartphone will definitely make you party ready anytime.

The Moto X+1 is expected to arrive with 12 megapixels rear-facing camera along with 2 megapixel front-facing camera. The device is expected to be powered by a Snapdragon 800 quad-core processor that will be clocked at 2.26 GHz and accompanied by 2 GM RAM. Moto X +1 will allegedly come with 32 GB internal memory and a micro SD slot to expand the memory for up to 128 GB.