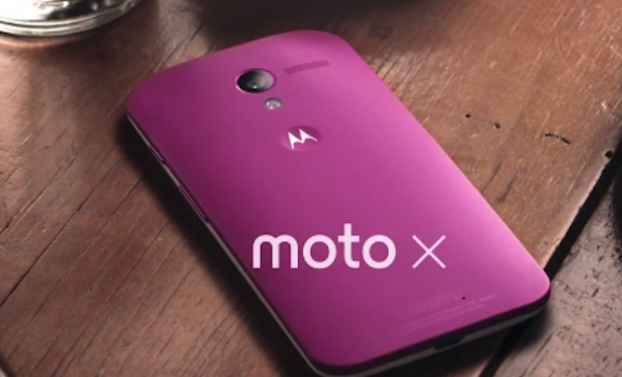 It’s been just a couple of weeks since Motorola’s one of the best phones, Moto X, has arrived in the Indian market, and new rumours about the successor of the Moto X have started surfacing over the Internet.

Infamous for its leaks, but pretty accurate most of the times, renowned leakster Twitter handle @evleaks has once again spilled beans of Motorola’s next plan.

According to the famous leakster’s Twitter revelation, the successor of the Moto X is going to be called Moto X+1. Though the name sounds very odd and very difficult to be pronounced when compared to other smartphones, credibility of evleaks makes us believe on the new development.

@evleaks did not give anything more than the name and the ‘logo’ of the Moto X+1, but rumours are rife that the successor of the Moto X will make its way to the actual world in somewhere this summer.

Motorola is already making huge waves in the Indian market with its two new smartphones – Moto X and Moto G.

The Moto G’s success in the Indian market reached up to an extent where the inventory of the smartphone was sold out on Flipkart in just some hours.

Moto X also enjoyed the craze in Indian market but the Moto G has proved itself a game changer. Moto X comes with a 4.7 inch display screen with 720X1280p AMOLED resolution display. It runs Android Jelly Bean 4.2.2 out of the box. The device packs a hefty dual core processor and 2 GB RAM.