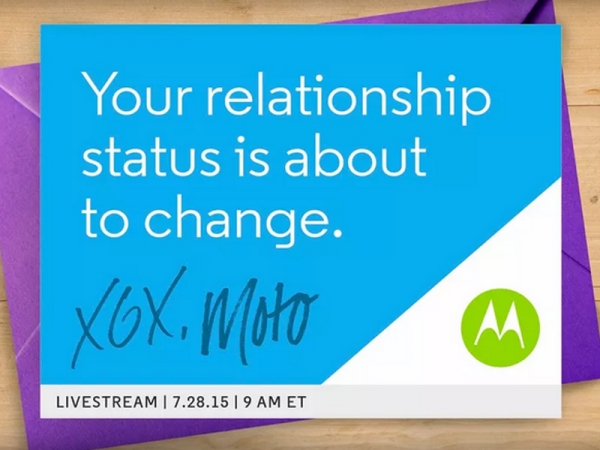 Motorola fans have a reason to cheer as the maker of some of the finest smartphones is all set to unveil its new products on July 28.

The tech giant is holding events in New Delhi, London, New York and Sao Paulo on the same day and it’s not a secret that what Motorola is going to talk about at these events.

Recently, a series of rumours and leaked reports have suggested that Motorola is going to bring out the new versions of its iconic Moto G and Moto X smartphones, however, a new Moto 360 smartwatch can also be seen on July 28.

The third generation Moto G is expected to arrive with a 5 or 5.2 inch full HD display. The smartphone is, most probably, going to be powered by Qualcomm’s Snapdragon 610 quad-core processor powered by 1.7 GHz paired by 2GB RAM. The cameras of the device are expected to be the 13 megapixel one at the back and a 5 megapixel snapper at front.