Despite the weak showdown by its first entry Galaxy Gear Samsung is going big with wearables as it launched three new gears Galaxy Gear 2, Neo and Fit at MWC. Samsung’s second smartwatch entry is dubbed as Galaxy Gear 2 and it comes with a surprise. The new smartwatch runs on a new operating system Tizen which is a Linux based OS developed by Samsung in collaboration with Intel.

After first Galaxy Gear missed the mark smartwatch is Samsung’s second attempt to cash on the wearable market which is not yet dominated by leaders like Apple and Google. 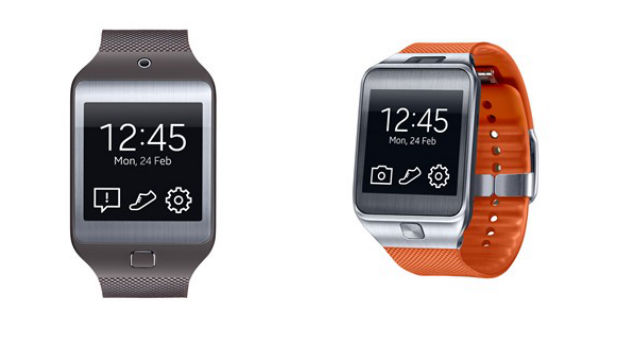 The Galaxy Gear 2 shares a lot of hardware features with its older counterpart while Galaxy Gear Neo is slightly cheaper and low on specs. While the new Gear Fit is more fitness focused then the other two and its design and look have fitness tracker written all over it.

Both Galaxy Gear 2 and Neo sport the similar 1 GHz processor, 512 MB RAM and 4GB internal memory and are IP67 certified dust and water resistant. But the 2 MP camera that exist in Gear 2 is missing in Neo. All three devices have inbuilt accelerometer and gyroscope and optic heart rate monitor.

The difference between Galaxy Gear 2 and Neo come clear in the design aspects of both smartwatch and that’s why Neo is more affordable. Gear 2 has a metallic dial and leather strap that is changeable on the other hand Neo is more colorful and has more plastic in design. 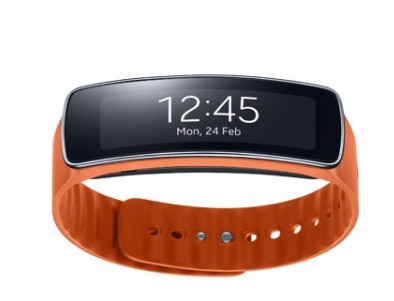 But the health band or fitness tracker Fit is a totally different story. Fit has a curved glass screen that has 1.84 inch Super AMOLED display of 432X128p. It does not run of Android of Tizen but a specific Operating system that helps it go for 3-4 days without charge.

Looking at the specs and functionality of all three devices it appears that Samsung has learnt a lesson from the failure of its first smartwatch. All three models look more cohesive and focused by one that excite the most is the curved screen Gear Fit which could be Samsung’s big bet in wearable market.

All three new wearables are still exclusive to Samsung which is you can sync it with only Samsung smartphones. The price of all three new additions to the Galaxy Gear family is not disclosed as of now. But we will keep you posted about that information.