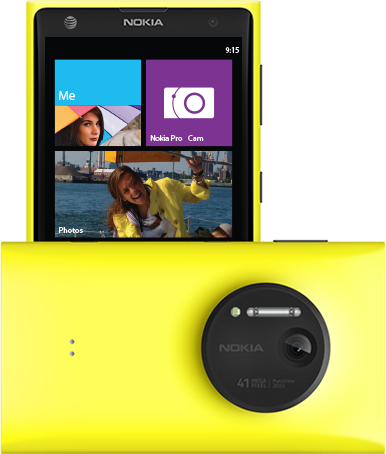 Nokia took the smartphone world by storm by announcing a whopping 41 megapixels Pure view camera in Nokia Lumia 1020 few months ago. The phone is designed for those who want to have a camera that also works as a smartphone and not the other way around. Having said that, Lumia 1020 does pack all necessary features of a high end Windows smartphone.

Lumia 1020 is powered by Qualcomm Snapdragon S4 processor which is clocked at 1.5 GHz. Its breathtaking 4.5 inch true color WXGA (1280X768) display is equal to those on GS4 and iPhone 5. Its 2 GB RAM and ‘Windows Phone 8’ software make sure that the device works at zippy speed. But Nokia is banking on Lumia 1020’s amazing camera to help them stand out in the smartphone market which is dominated by Androids and iOS.

So here we will be focusing on Nokia Lumia’s biggest feature  which has become the most talked about smartphone camera in the history of mobile phones.

The primary camera of Nokia Lumia 1020 is piece of genius as it this tiny little camera gives you 41 Mps image quality and image resolution of 7712X5360/pixels. It has Carl Zeiss Tessar lens and Xenon flash that has a range of 4.0. Other notable features include optical image stabilization, pure view, HD quality 3 X zoom and 6-lens optics.

The beauty of this camera is that it gives you freedom to choose between auto and manual mode.  I you want to do something creative you can select suitable DSLR mode while shooting with Lumia 1020. You can also choose different photography modes like portrait, night, backlight, sports etc for your subject. White balance, ISO settings and scene modes in Lumia 1020 let you explore other aspects of photography.

This photography oriented smartphone has editing apps to inspire the artist within you. Like its panorama app automatically stretches your image to fit a large screen without doing much damage to it. While Apps like creative studio, smart camera, photo beamer and glame me together work almost like Photoshop. Lumia 1020’s HD video recording mode also has variety of modes that you can apply while shooting. Its 1.2 MP secondary camera too records HD Quality videos.

Undoubtedly, Lumia 1020 gives us endless photography opportunity but then Windows Phone 8 takes away the freedom to enjoy endless apps, games and multimedia experience. The list price of the phone is as big as its features as Lumia 1020 comes at $299 with contract on major US network providers. The unlocked models of Lumia 1020 is available for about $735. The smartphone will reach Indian market with around 40,000 Rupees list price.