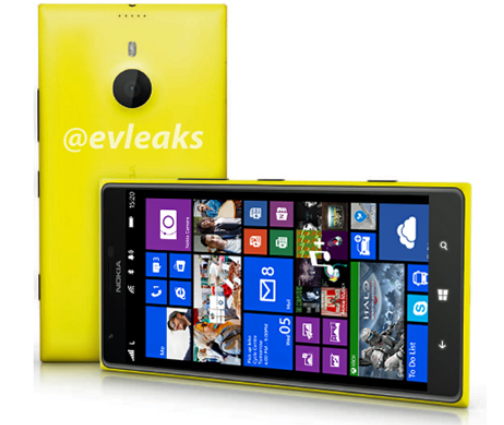 Nokia was expected to launch its 6-inch Windows smartphone, Nokia Lumia 1520, late this month. But, now it seems that fans of a bigger Lumia smartphone will have to wait for almost a month as the company has decided to conduct the launch event on October 22.

Nokia’s new business deal with Microsoft, which has already been announced, is said to be the biggest reason behind the delay in the launch of Nokia’s new product.

It’s not only Lumia 1520, the launch of Nokia’s new 10.1-inch Windows RT tablet codenamed Sirius has also been denied.

According to a Verge report, Nokia will not choose New York as the venue for the new launch date and the venue has not been decided by the company as of now.

“According to several sources, Bandit launch was pushed back. Could be 10/22,” @evleaks tweeted.

The Nokia Lumia 1520 is rumored to be codenamed as Bandit.

Nokia has been talking about an upcoming event that is going to take place Abu Dhabi. The event called Nokia World on October may pave the way for Lumia 1520 and Nokia’s upcoming Windows RT tablet.

“At #Nokia, we believe in technology that grows in leaps and bounds. Discover more on October 22 #innovationreinvented,” Nokia said in a tweet.

Images of the Nokia Lumia 1520 have been doing rounds in tech circles for some weeks. The device is expected to come with a 6-inch full HD screen. The smartphone will be powered by Qualcomm’s Snapdragon 800 quad-core processor clocked at 2.23 GHz and supported by a 2 GB of RAM. The biggest rumored feature of the Lumia 1520 is its camera that is said to be of 20 megapixels.