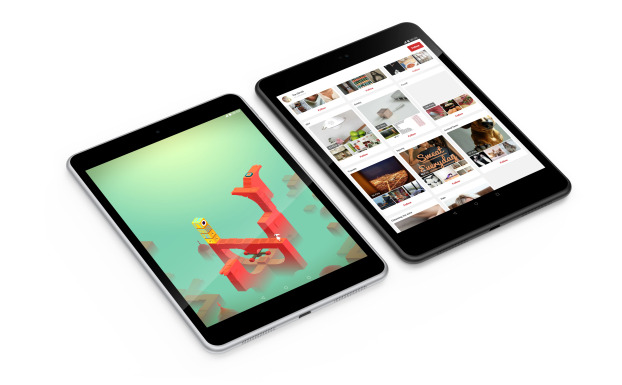 Within months of closing in its Lumia smartphone deal to Microsoft the former mobile legend Nokia is back in the business with its first Android tablet Nokia N1. The iPad look alike android device which is produced by Foxconn the same company that manufacture Apple devices is going to make its first appearance in China market in early 2015 with expectation to reach global market in next few months.

The new device comes just days after Nokia surpasses the deal agreement limit with Microsoft that restricts the company from launching any device under Nokia umbrella.
Recently Microsoft removed the Nokia name from Lumia mobile devices but as per the agreement Nokia will not be eligible to use it for smartphone until early 2016.

However, the famous deal didn’t restrict Nokia from making particular devices with a different set of hardware that found in Lumia devices and that’s where Nokia N1 Android comes in.
This feature tablet from Nokia has aluminum body and 7.9 inch screen with a resolution of (2048X1536) pixels and IPS LED back lit display. The device runs on Android 5.0 Lollipop and packs powerful 64 bit 2.3 GHz processor.

The device comes with 2 GB RAM and 32 GB internal memory. Nokia N1 is also equipped with 8 megapixels rear view autofocus camera that also records 1080p videos accompanied by 5 megapixels front facing camera.
Sadly due to the limitations of Nokia’s deal with Microsoft none of the exciting Lumia hardware and camera features make it to N1 but with Nokia staple design and competitive price of $249 the premium device still sounds promising.

From the company that lost almost everything to a dull mobile operating system Nokia seem to have had quite a comeback, but there is a catch in this happily ever after Nokia story. Apparently, N1 is not entirely a true Nokia device as the Taiwanese hardware maker Foxconn is going to manufacture market and sell the N1 tablet in the name of Nokia.

In simple words the former mobile giant is licensing its name design and software to Foxconn and N1 is not entirely a Nokia project. Tech pundits say that we may see more such products floating under Nokia umbrella but it will quite a while before the old mobile legend launch a true Nokia gadget again.