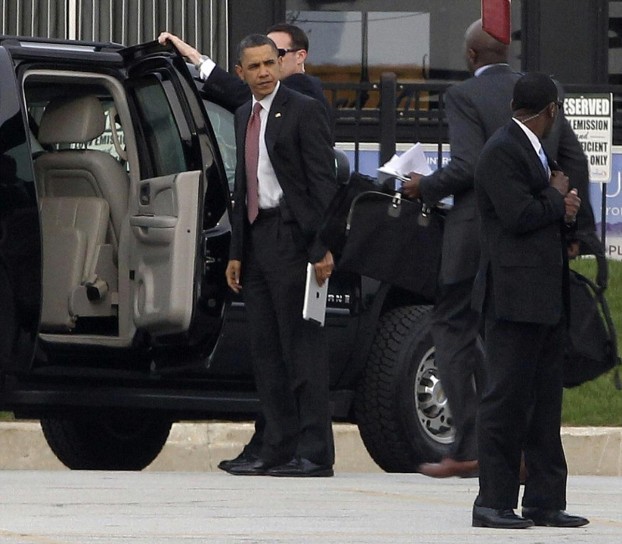 At the end of the last year, US President Barack Obama hit headlines in the technology news sections when he spoke about him being denied of an iPhone because of security reason. The US President still uses a bulky BlackBerry for his official use, but a recent news item suggests that the White House may drop the BB and switch to LG or Samsung.

BlackBerry, know as Research in Motion (RIM) earlier, has seen a very big down fall in its business and most of the company’s efforts to revive its sales and plans have proved futile, including the change of name and shuffle in the top executive team.

Now, it seems that once a leading mobile maker is going to lose its old and one of the most reliable customer – the White House—to one of the South Korean technology giants.

According to a Wall Street Journal report, the White House is testing mobile phones from Samsung and LG for internal use.

The White House Communication Agency, a military unit that takes care of US President’s communication is said to be testing the new devices, but the testing is in its preliminary stage. The testing can take months and it is not sure that Barack Obama will shift to an LG or Samsung device for his modified BlackBerry.

“We can confirm that the White House Communications Agency, consistent with the rest of the Department of Defense, is piloting and using a variety of mobile devices,” a Defense Department spokesman was quoted by WSJ as saying.

Samsung and LG both have decline to comment on the development and said that they are unaware of such testing taking place in the White House.

Though the US President uses BlackBerry for his official use, he does posses a third-generation iPad and a MacBook Pro. At the same time, Obama’s daughters – Sasha and Malia – are iPhone users and spend a lot of time with the iDevice.