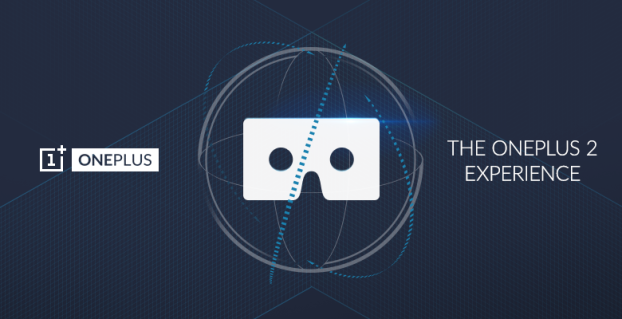 OnePlus 2 is going to be unveiled on July 27 and if you want to attend the launch event of the successor of OnePlus One flagship smartphone, you can do it sitting at your home only.

OnePlus has always come up with innovative ideas about the launch and the sale of its devices and this time the Chinese startup has taken it to virtual reality. The launch of the OnePlus 2 will be live-streaming on a virtual reality (VR) platform and become the first product to be launched on VR.

“A VR launch lets you stand right next to our team and our fans as we unveil our new flagship. You’ll be able to look around as you check out the phone in a new way and maybe even find a few hidden Easter eggs. It’s a new way of thinking about a product launch. We aren’t talking at you; we are talking with you,” Carl Pei, co-founder of OnePlus posted on his blog.

Talking about the VR platform, he posted, “When we thought about doing this launch in VR, we wanted to make sure the viewing experience was simple and straightforward. We love the existing cardboard VR headsets, but we saw some room for improvement, and decided to design our own custom headsets. We spent a lot of time at the drawing board tweaking them until they were perfect. Our version is tailored perfectly to the One, as well as fast and easy to assemble. We didn’t cut any corners on production, and we’re definitely losing money on this. But, we want to share them with everyone.”

So the cardboard 3D headset is going to be something an improved version of Google’s 3D cardboard set.

Talking about the specifications of the OnePlus 2 smartphone, the device is going to come with a 5.5 inch LTPS LCD display with 1080×1920 pixel resolution. The successor of the OnePlus One will be powered by Qualcomm’s Snapdragon 810 quad-core processor clocked at 1.5 GHz.

The powerful processor will be supported by a hefty 3 GB RAM and the device will come in 16 GB and 64 GB versions without any slot to support external memory.

OnePlus 2’s shooters look pretty impressive as the primary one comes with a 16 megapixel sensor with HD recording and the selfie snapper is of 5 megapixel.

The OnePlus device is going to grab much attention because of its partnership with Cyanogen for the UI and the OS of the device. The OnePlus 2 will run Cyanogen OS based on Android 5.1 Lollipop.