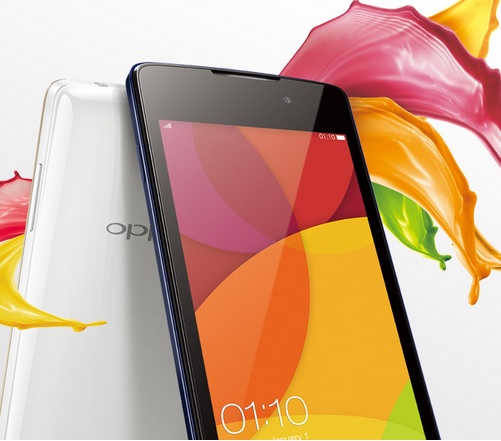 Chinese smartphone maker Oppo has introduced an ultra budget smartphone Oppo Joy Plus to rival the likes of Moto E and Micromax Unite 2 in Indian market. (Spoiler Alert: While the smartphone market seems to changing constantly Oppo seem to have stuck in the “no update” zone for way too long)
Oppo Joy Plus’s tries to pack a punch with feature like dual core MediaTek processor clocked at 1.3 GHz. The usual 1 GB RAM and 4GB internal memory and micro SD support for 32 GB also seem like a fair deal but then things get sour. While most ultra budget models pack 5 megapixels camera or better Oppo Joy Plus settles on 3 MP but luckily a VGA camera has found a place at front.

Unlike Moto E (2nd Generation) that runs on latest Android 5.0 Lollipop the Oppo Joy Plus packs Android 4.4 Kitkat. Other standard budget feature such as dual sim connectivity, Wi-Fi and Bluetooth 3G support are onboard Oppo Joy Plus. The device carries the same 1700 mAh battery as its predecessor.
After grabbing the eyeballs with its high end model Oppo is now gradually trying to get a piece of India’s massive budget market. But at the price point of 6,990 Oppo Joy Plus seem too little too late to make a statement in the crowded low price segment.