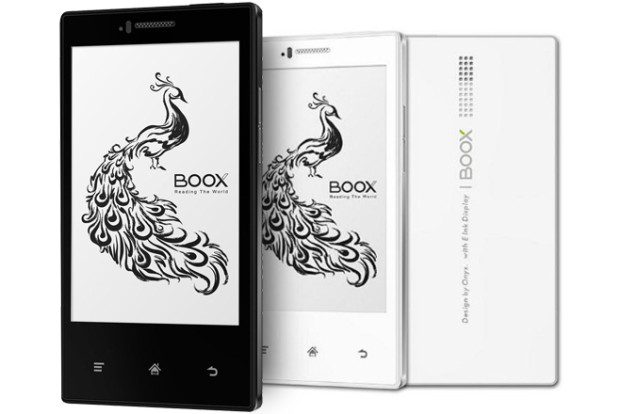 When it comes to revolutionary changes in technology related to smartphone making, every tech company tries to bring update processor, camera or display. However, there a very few of them give much important to the powerhouse of the device, ie, the battery.

We see most of the innovative designs and features in today’s smartphone coming from companies like Apple, Samsung, Nokia, HTC and Sony, but every time these companies bring something new and exciting, they ignore the battery part. According to reports, a Chinese company has come up with a smartphone that is going to come with one of the most powerful batteries found in today’s smartphones.

According to reports, a Poland-based smartphone maker named Onyx has developed and unveiled a 4.3 inch smartphone with a battery life of more than two weeks. With a single charge, the smartphone, MIDIA InkPhone, gives its owners the freedom of using it for two weeks without worrying about finding a plug point and a charger.

Although the phone doesn’t have very hi-end features like Samsung Galaxy smartphones or iPhones, it has decent applications and programs to put it into the category of smartphones.

The InkPhone uses E Ink Flex display covered by a protective glass for high damage resistance. The phone is able to save much more power because of the absence of LCD or AMOLED displays which consume your battery the most on daily basis. Onyx has also kept the other factor of power consumption, in order to make InkPhone really power efficient.

Many apps running in the background is the second reason for battery drain and as the InkPhone doesn’t have much in its 4 GB storage space to run, you are going to get guaranteed power performance.

“Onyxphone is a hybride of smartphone and e-book reader. We have not forgotten about our main goals. If you choose our device you will get smart eBook reader that gives you possibility to calling, sms texting and web connection,” the company says, while talking about the new device.

The smartphone is powered by a 1 GHz processor and supported by a 512 MB of RAM. The screen is 4.3 inch with E Ink Display. The showstopper of this phone (obviously the battery) is just 1.8oo mAh, but the combination of apps, battery and other hardware makes it a good buy.

The device has not been launched in the global market as of now, but it is expected to be priced somewhere $150-200.