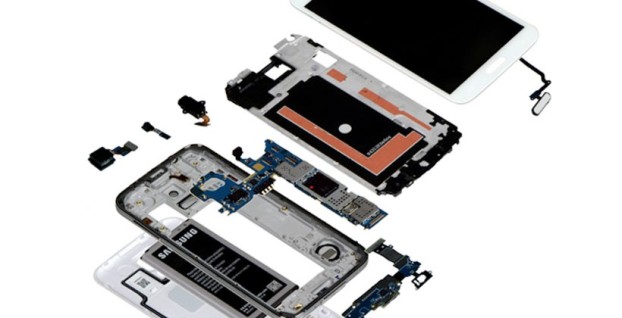 Samsung’s new flagship Smartphone Galaxy S5 is selling globally for around $600(RS 51,500 in India) but did you know that it cost around $256 to build one.In a recent Benchmark test by Analytic firm IHC, Samsung Galaxy S5 teardown shows that manufacturing of the smartphone would have cost less than half of it’s selling price.

The analytic teardown firm has taken every component of Galaxy S5 into consideration and came down a conclusion that estimated building price of this new Samsung flagship couldn’t be more than $256 (RS 15, 350).

Crunch up the numbers and it appears that Samsung is making a whopping profit of $344 in every Samsung Galaxy S5 sale excluding Research and marketing cost. But if you look at the bigger picture a lot of investment goes into research and development and market planning of a product and that’s what drive the cost of new electronics.

If you still find $256 number for Galaxy S5 you would be shocked to know that iPhone 5S which has metallic body and better Finger Print sensor compare to S5 cost only $200 to build.

The IHS teardown explains that the costliest part in the Galaxy S5 is its humongous 5.1 inch Super AMOLED screen that cost $63. Newly added finger print scanner cost around $4 in the Samsung Flagship which seem pretty cheap compare to the $15 Biometric Scanner in iPhone 5S. Other components of the smartphone like RAM and Flash Memory Cost around $33 in total.

Samsung’s older flagship Smartphone Galaxy S4 had the total $244 building cost in last year’s IHS report which is $12 higher than the newer model. The Samsung Galaxy S5 teardown also reveals that the collective cost of the new Galaxy model would have been higher but Samsung has made some smart changes to keep the manufacturing cost down.