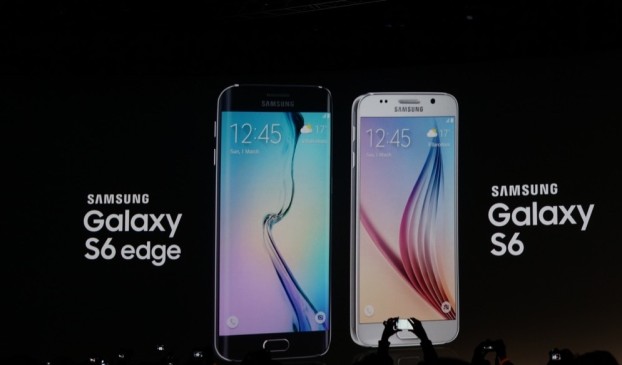 Samsung Galaxy S6 and Galaxy S6 Edge are nothing like anything that the Korean major has designed in the past. The Android major has shunned the plastic design and removable back panel and extra baggage of unnecessary local apps to present thinner and lighter new Galaxy S6 series.

Nicely crafted aluminum and glass mix design of new Galaxy S6 models may remind you of Apple iPhone 6 but many Android lovers may appreciate the cohesive look of new Samsung. From last few years Samsung has been introducing two different variants of its flagship Galaxy S series and this time the new entry “Edge” may gain an edge over the original.

Here comes the biggest difference between Galaxy S6 and Galaxy S6 Edge despite their similar thin metal design Edge has the curve appeal (no pun intended). The display screen of Galaxy Edge is wrapped around the side while the Galaxy S6 flaunts traditional flat display screen. Samsung Galaxy Edge would be hoping to grab the eyeballs of consumers with its unique wraparound display design.

Galaxy S6 is slightly bigger on size as it measures 5.65 X2.78X0.27 inches compare to Galaxy S6 Edge that has relatively smaller frame of 5.95X2.76X0.28 inches. The later is also a little lighter at 4.66 ounces as to Galaxy S6 that weighs 4.8 ounces. This size variation may not seem like much in numbers but when you hold a device in your hands for a long time this small number making difference.

While Samsung has dressed both of its flagships with similar 5.1inch display with the same resolution of 2560X1440 pixels the “Edge” has a unique curved display.

In terms of battery support the Galaxy S6 has got a slightly less powerful 2550 mAh battery compare to 2600 mAh that supports the Galaxy S6 Edge.

Although Samsung has not announced the price of both of its new flagships the design and features variation that Galaxy S6 Edge offers may come at a price.

Like most Samsung flagship the all new Galaxy S6 and its curvy counterpart are equipped with latest Android 5.0 Lollipop. Also common in both models is the new Samsung Exynos octa-core 64 gig chipset and 3 GB RAM for snappy performance.

The rumor birds may have singed songs of a 20 MP primary camera but Samsung has kept the megapixels unchanged in rear camera segment while boosting the front camera in new flagships. Both Galaxy S6 Edge and Galaxy s6 feature 16 megapixels rearview camera with improved sensors and 5 megapixels front facing camera with 120 degree wide lens for group selfies.