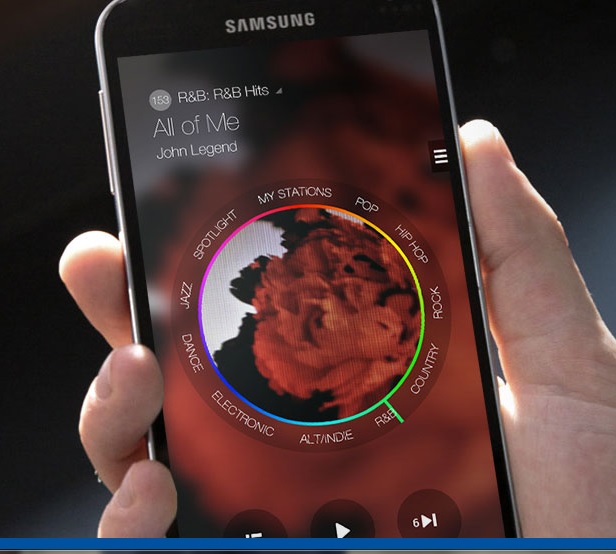 High end Samsung Galaxy owners got a musical surprise as the Korean giant introduced a free music streaming service called Milk Music.  The new music service can stream music from over 200 ad free radio stations and is now available for download on Google Play Store in US.

Milk Music is Samsung’s answer for Apple’s iTunes but the Korean major has a long way to go before it could compete with Apple in the music market.  Although, Samsung has a large selection of Radio Station that give you ad free music it simply does not give you an option to save a song to stream offline.

It would be interesting to see how Galaxy users respond to Milk Music while they already have their hands full with free music apps like Pandora, Google Play Music, Rdio, Spotify and various other options.

In the cut throat competition in music streaming services Samsung’s best you bate would be the ad free service which is also available for a limited time. Not to forget that Milk Music is only accessible through a Samsung ID which means other Android mobile users do not have access to this app.

According to Samsung Milk Music will only be available in US for now but the company has plans to launch the service in different parts of the world. There is no information about the availability of Milk Music in low budget Samsung Galaxy models.