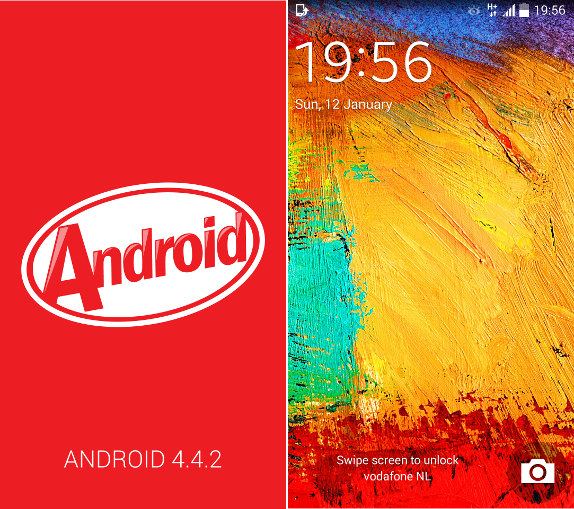 Samsung has finally started rolling out Android 4.4 KitKat update for Note 3 as the phablet becomes the first Samsung smartphone to receive the upgrade . According to a Samsung Fan website sammobile the South Korean company has first announced the update in Poland and it will gradually release the upgrade in other countries as well.

However, there is no official announcement on when Indian Note 3 users will get the latest android it’s expected to hit India before February 2014. While Note 3 has started receiving updates via Samsung’s Kies r throught the air another high end model Galaxy S4 users might have to wait for few weeks until they get the newest operating system.

The new Android Operating System has a lot of new integration and is designed to give users more personalized experience. As per Sammobile the changelog for Android 4.4 includes iOS7 similar functions like music album’s song page displayed on screen when screen gets locked while playing music.

Android 4.4 users can also choose between a default messaging app and default launched or other similar apps from play store.

Features like improved emoji icons in keypad, better location finder, and wireless printing support are among other important upgrade that comes along with new Android.

Earlier Samsung had promised to release Android 4.4 KiKat update for note 3 and its another flagship model Galaxy S4 between Jan-Feb 2014. But it seems the uprecently the company had been busy rolling out Android 4.3 upgrade for its high end models in India. Note 3 and Galaxy S4 have received the upgrade few weeks ago and Galaxy S3 joined the camp 2 days ago.