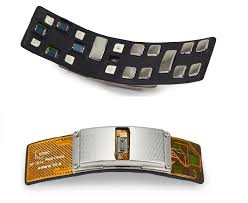 While Apple is a week away from announcing its long rumored Healthbook App rival Samsung tookthe opportunity to showcase its health band prototype dubbed as Simband. The South Korean major displayed the prototype of its health band in an event called Voice of the Body in San Francisco.

Samsung is terming the prototype as an investigation device which means Simband will have room for third party development. Samsung has already put in various types of sensors to read body signals enabling the device to sense body’s temperature, blood oxygen etc but other developers are free to add more sensors to have Simband show specific health information.

The device will have “Shuttle Battery” so you will be able to wear it 24X7 and never lose track of your health data.

Simband has been announced under SAMI (Samsung Architecture Multimodel Interactions) cap which is Samsung’s new initiative to encourage outside talent. Third party developers will be able to design new Apps by using the APIs and open platform of SAMI.

Samsung Says “SAMI will be the first truly secure, open, diverse data platform of its kind. Its open APIs enable it to collect data from any type of device or online source and deliver it to any other device or application in real time.”

Samsung arch rival is also organizing World Wide Development conference next week where it is expected to announce details of its highly rumored Healthbook. Although, the alleged leaked images of Healthbook suggest the product to be more like a Health app we will have to wait until next week to see if Apple’s Healthbook share any similarities with Samsung Simband.