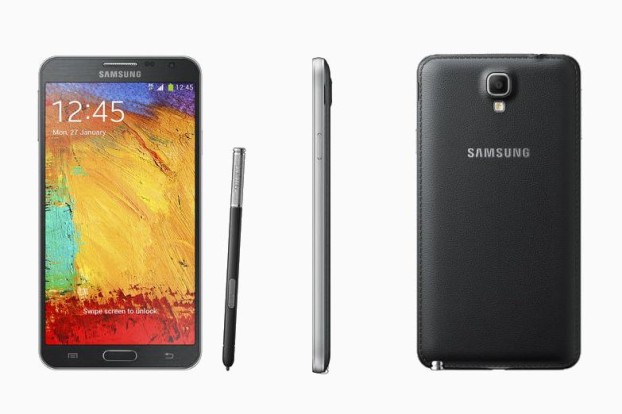 After the rounds of speculation in technology world Korean giant Samsung has finally unveiled a new version of Note 3 which has been dubbed as Galaxy Note 3 Neo.

The new Galaxy Note 3 Neo looks a lot like Note 3 but it comes in Black, White and Green color options.. The smartphone is designed for those who would like to have a dual sim Note 3 to manage personal and official life with one phone.

While the Note 3 Neo packs average display pumps up the volume in the power section. Its hexa core processor is the combination of a 1.7 GHz dual processor and 1.3 GHz quadcore processor that power the device.

The new Note 3 Neo comes with 2 GB RAM and 16 GB memory which can be expanded to 64 GB through microSD card. It has a basic 8 megapixels rear camera along with 2 MP front facing camera.  The famous S pen in the Note series has also made its way to the Neo addition.

The smartphone is equipped with powerful 3100 mAh battery which should last through daily chores, calls and browsing.

Note 3 Neo will be available in two variant LTE and 3G which tells us that Samsung also has plans to launch the new model in big markets like US and UK.

The Korean company has made it a habit to launch Neo models of its popular smartphone to boost the sale and cash in some extra money. Although if the smartphone comes at a lower cost compare to the original S 3 the Indian market may show warm response due to its dual-sim functionality.

Samsung has just launched the new Note 3 Neo addition in Polish market currently and soon we should see it reaching other popular countries.

The company has not posted any information on the price of the new smartphone as of now but with the average specs we expect it to be a little lower than original Note 3.