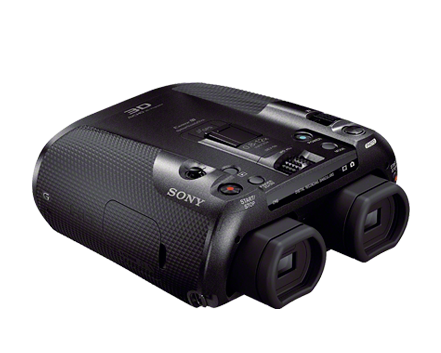 The new Sony DEV-50V is going to impress nature lovers, as it comes with a magnification range of .8 to 25x, image stability and provides good viewing even in low lighting conditions. However, the biggest feature of the binoculars is video recording.

The DEV-50V is capable of recording full ACCHD 2.0 video with audio, and can also take still photographs with 20.4 megapixel resolution.

The new pair of binoculars comes with auto focus and independent XGA OLED Tru-Finder electronic viewfinders that give improved contrast and resolution to both the eyes for a great view.

The price of the product is $1,999.99 and the binoculars are available for preorder on Sony’s website. The product is expected to reach the customers’ hands by April 27.

The new product also has a built-in GPS receiver that geo-tags video clips and photos on its own.

There is a long list of accessories that come with the binoculars. The new binoculars come with a high-capacity rechargeable battery pack (NP-FV70) that allows up to approximately three hours of 2D recording on a single charge. It also includes a battery charger/adaptor, A/V connecting cable and USB cable for PC connection, as well as a lens cover, finder cap, carrying case, neck strap and large eye cups.

“With the DEV-50V, you can observe wildlife in a way no other binoculars can achieve,” said Hidenori Toyoda, director of camcorder business at Sony Electronics. “Couple that with its ability to capture impressive photos and video, and you have an innovative device that outperforms the competition on all levels.”

The DEV50V is going to replace its predecessor DEV 5, which Sony discontinued very recently.

The DEV 5 was the first set of binoculars launched with video recording features. The DEV 5 was heavier in comparison with the newly launched DEV-50V. The DEV 5 weighed 1.18 kilo grams whereas the DEV-50V weighs only 765 grams.