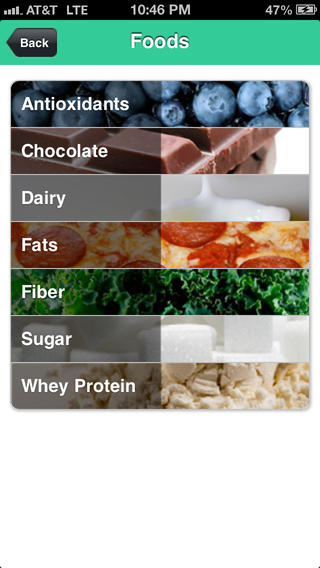 Indian youngsters who suffer with acne problems in their teenage had been resorting to home remedies and suggestions from elders for the pretty famous Dadi Ma ke Nuskhe. But as the time is changing rapidly, an iPhone app is going to replace the Indian grandmoms as far as acnes are concerned.

A new application, which runs on iOS is going, to help people suffering from acne problem in making their food choices to keep their skin in good condition.

The app called Diet and Acne is designed at Illinois-based Nortwestern University and uses data from a systematic analysis of peer-reviewed research studies to show people how the acne problem is related to certain food items and ingredients.

“Users may be surprised to learn that there is no conclusive evidence from large randomised controlled trials that have linked chocolate and acne,” said Diana Cohen, M.D., creator of the app. “Although one small study found that eating 100 percent cocoa could worsen acne symptoms.”

The app uses parts of different researches to tell what kind of diet is going to suit you when you are suffering from acne and what kind of food items can make you condition miserable.

iPhone users seem to be taking this new app pretty seriously as it was downloaded by over 5,500 people in a duration of five months (from April 1 to August 31, 2013).

Users of iOS devices in 98 different countries are already enjoying the services of this research packed application that is definitely going to affect the business of dermatologists.

According to associate professor in dermatology at the Feinberg School, Roopal Kundu, most of the people who downloaded this app on to their iOS devices didn’t know about the app earlier and found it while searching for a keyword ‘acne’ in their iTunes store.

Kundu also says that such kind of apps will soon be a part of doctors’ toolkit resources for patients.

Diet and Acne is a free app available on Apple’s iTunes store and can be downloaded from here. The app requires iOS 5.0 or later. Compatible with iPhone, iPad, and iPod touch. This app is optimised for iPhone 5.