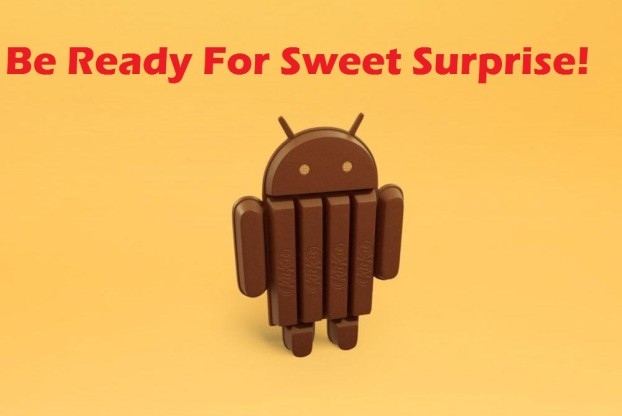 Top Android 4.4 KitKat features that makes it the most unique, useful, next gen Operating System that Google has ever produced in the history of Android OS.

Google has recently launched new Android 4.4 KitKat operating system in its latest smartphone Nexus 5 and soon it will be available for upgrade on various Android devices. World’s most popular operating system Android has received some surprising changes in this update and TECHLOON has got them listed for you. Read on as we reveal the top ten new features of the most talked about Android 4.4 KitKat

Free SMS and MMS in Hangout:

Google has finally added free SMS and MMS to its new hangout application that will be a part of new Android 4.4. The latest chat app from Google also has default emoji keyboard to express your emotions. We can already see youngster going crazy over this App.

We all know that Google is best in searching the web and that’s what makes Caller ID a whole new experience in Android 4.4. It directly searches the web and finds you the name and place of unknown numbers. The new Caller ID automatically priorities your contact on the basis of frequent callers so you have those contacts handy.

Android 4.4 KitKat is designed to boost the ability of low budget devices that captures a huge section of world’s smartphone and tablet. The new Android operating system will help devices with low RAM of 512 MB of less to perform better. This means that a large number of upcoming gadgets in Indian market will run on Android 4.4 KitKat in near future.

Goolge Talk that Talks Back:

With Apple’s Siri and Microsoft’s Cortana in place Google needed some voice response system so they gave voice to Google talk. Now whenever you look for places or interests on Google talk it talks back to you in response.

Unlike most fitness apps that eats a lot of battery the new fitness tracker call step counts your steps without putting load on your devices battery. The new feature is a healthy way to work on those flat tummies and six pack abs without worrying about your phones battery.

Keeping up with Apple’s new operating system iOS 7 Google has given dimension to the background screen of Android devices. To give the users a multidimensional feel Android 4.4 lets you see the background cover even while you pull the notifications. Newly designed interface has translucent status and navigation bar while the apps icon has received a touch of white.

Apple openly declared war with Microsoft by giving its office software iWork for free on its new devices recently so Google too had to step up. The company recently purchased quick office that will be a part of new Android 4.4 OS.

Android KitKat could record and save everything that happens on your gadgets screen and saves it in mp4 format. So you can review and share your gadgets activities with others.

Print Directly From Your Gadgets:

With the help of printing Apps in Google Play Store the new Android 4.4 allows you to use cloud printing. That means you can print anything from anywhere while using your cloud data via your smartphone or tablet.