Microsoft recently gave us an in depth look of its new operating system Windows 10 that has practical and cohesive design that works well on array of devices. After missing the kick in last OS Windows 8 the software giant has done a pretty good job putting together modern technique and good old familiar Windows features into its next generation operating system. 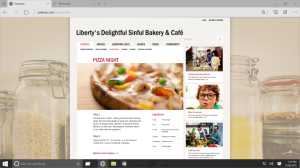 At the recent Windows 10 event Microsoft finally made the Project Sparten official. The fancy codename represent a new light weight web browser that the company has been developing away from the shadows of Internet Explorer. Here Microsoft’s recent blog shad some more light on the ambitious venture.

“Powered by a new rendering engine Spartan is designed for interoperability with the modern web. We’ve deliberately moved away from the versioned document modes historically used in Internet Explorer.” 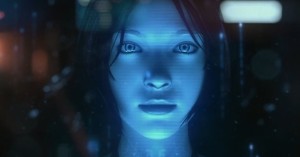 One of the smartest mobile voice assistant Cortana has made its way to PC through Windows 10 and it has a dedicated spot near the start button. Much like its function the Windows Phone devices Cortana can answer your basic queries with the help of Microsoft’s search engine Bing. Cortana is responsive to both voice and text and its path breaking technology is among the most interactive tool in today’s technology.

Microsoft is bringing its mean gaming machine’s experience to the world of PCs by integrating X BOX One with new operating system. Now Windows 10 users will be able to stream X Box games on PCs and take advantage of new in built DVR feature.

It sounds unbelievable but apparently Microsoft has promised a free Windows 10 upgrade to the Windows 7 and Windows 8 users. If your PC is running the relatable version of Windows your will be eligible for free upgrade within a one year period of Windows 10’s official arrival.