A patent application reveled that Apple is working on a project to charge their devices through solar power. The Cupertino based company already has many solar project patents for Apple but this new filling could be a game changer.

Remember solar calculators? Yes though the solar power electronics have been around for quite a while they always have bulky converters. Apple’s new technology will try to change the bulky converters with microcontrollers that will coordinate with AC-DC power source to convert the energy. 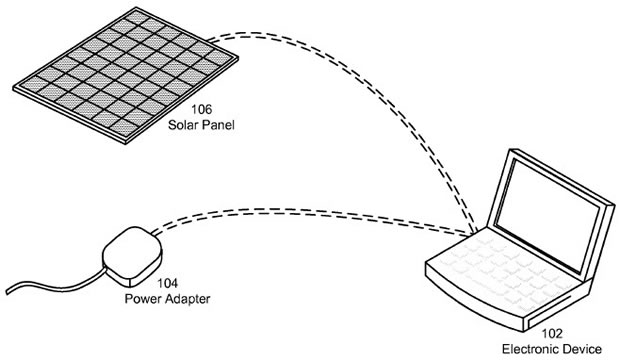 An application to US Patent and Trademark office shows that Apple is not looking to develop a totally new technology it is instead putting together already exist components. However, solar energy cannot be considered a total alternative for electronic power currently it would be great back up for on the move needs.

Apple CEO Tim Cook has been mentioning company’s green projects and calling it the ‘Force for Good’. Around 70 percent of Apple’s new headquarters energy comes from solar panels which the company is hoping to extend to 100 percent real soon.

That’s not all Apple has plans to power all of its data centers around the world with green energy in near future. Now, the fresh patent filling shows that Apple will be bringing its conserve energy philosophy to its iOS devices with solar chargers.

According to the description in the patent

Apple has been working on these sorts of projects for quite a while now as the company had filed another solar project back in 2012. Although it is tough to say if the project will ever come to life or exactly when will we see solar powered iPhones, iPads and Macbooks. Recently Apple CEO mentioned that Apple has some exciting new things for 2014 and portable solar chargers could be a part of it.