Desi mobile maker recently pitched Micromax Bolt A61 features rich smartphone in the market to fight Nokia’s economic Nokia Asha 510. Both alternatives promise smartphone experience at the cheapest price possible and pack some solid features for their under 5,000 price tag.

Micromax is known for packing Android technology in affordable smartphone and their new addition to the Bolt family continues the tradition. It has 4inch display screen with TFT 480X800 pixel resolution mold in a sleek designed plastic body.

On the other hand Nokia Asha 501 is much smaller than its competitor with 3 inch display screen but its plastic body comes in various trendy colors. The smartphone also get beaten by its rival micromax in screen resolution as Asha 501 sport poor 240X320 resolution display. 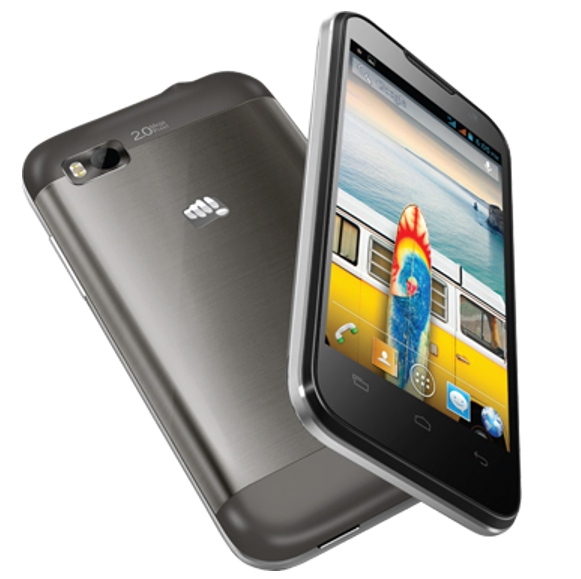 Micromax has pushed the envelope by providing Android 4.1 Jelly bean at such a cheap price in Bolt A 61. The smartphone packs a hefty 1 GB processor to run the machine; it has 512 MB storage and expansion possibility for up to 16 GB. The smartphone has dual-sim functionality.

While Nokia Asha 510 runs on Asha 1.0 operating system and comes with 64 MB inbuilt memory. However, there a micro SD slot that lets you expand the phone’s memory up to 32 GB. It supports micro sim but has only one slot for the sim which means no dual-sim here.

It’s the camera segment where Nokia Asha 510 try to take a lead with 3 megapixel front camera compare to 2 megapixel rear facing camera in Bolt A 61. But Bolt A 61 also has a basic VGA camera at the front which is missing in Nokia.

Nokia Asha might give you more battery life but it limits your smartphone experience with dim screen and limited apps. On the other hand Micromax Bolt A 61 lets you experience the Android technology at such cheap price. Bolt A 61 is can be called a revolution step by Micromax that deliver a wholesome package at just 4,999 rupees.